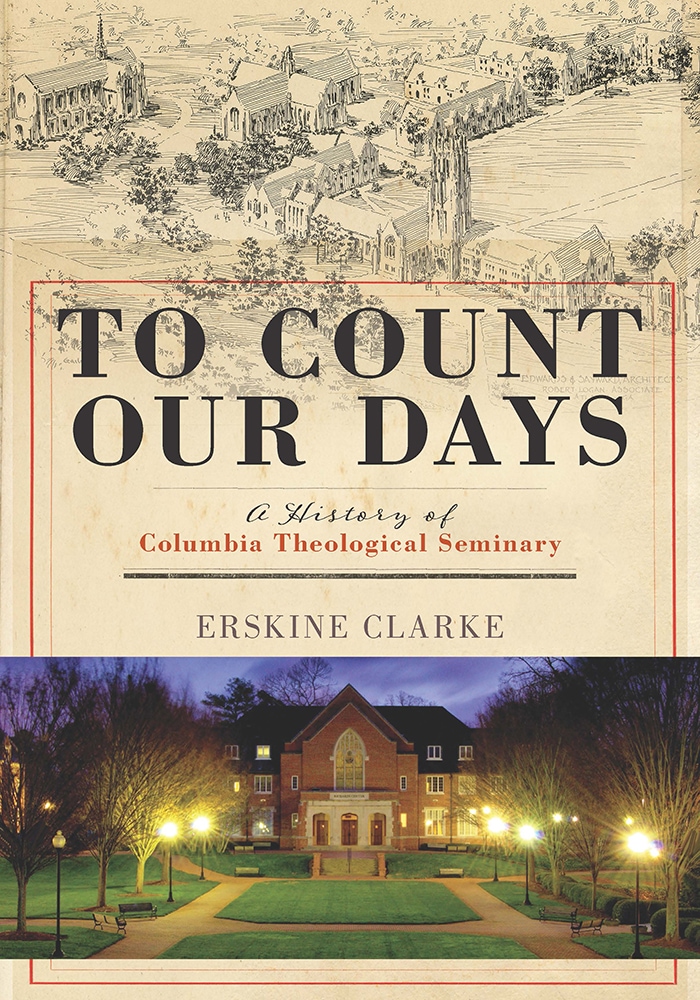 To Count Our Days

A History of Columbia Theological Seminary

Columbia Theological Seminary's rich history provides a window into the social and intellectual life of the American South. Founded in 1828 as a Presbyterian seminary for the preparation of well-educated, mannerly ministers, it was located during its first one hundred years in Columbia, South Carolina. During the antebellum period, it was known for its affluent and intellectually sophisticated board, faculty, and students. Its leaders sought to follow a middle way on the great intellectual and social issues of the day, including slavery. Columbia's leaders, Unionists until the election of Lincoln, became ardent supporters of the Confederacy. While the seminary survived the burning of the city in 1865, it was left impoverished and poorly situated to meet the challenges of the modern world.Nevertheless, the seminary entered a serious debate about Darwinism. Professor James Woodrow, uncle of Woodrow Wilson, advocated a modest Darwinism, but reactionary forces led the seminary into a growing provincialism and intellectual isolation.

In 1928 the seminary moved to metropolitan Atlanta signifying a transition from the Old South toward the New (mercantile) South. The seminary brought to its handsome new campus the theological commitments and racist assumptions that had long marked it. Under the leadership of James McDowell Richards, Columbia struggled against its poverty, provincialism, and deeply embedded racism. By the final decade of the twentieth century, Columbia had become one of the most highly endowed seminaries in the country, had internationally recognized faculty, and had students from all over the world and many Christian denominations.

By the early years of the twenty-first century, Columbia had embraced a broad diversity in faculty and student. Columbia's evolution has challenged assumptions about what it means to be Presbyterian, southern, and American, as the seminary continues its primary mission of providing the church a learned ministry.

"In his Preface the author declares that institutional histories are not usually page-turning narratives; but then the book itself turns out to be the exception. This is a well written and carefully documented history not only of Columbia Theological Seminary, but also of the interplay among culture, theology, and theological institutions. This is necessary reading for anyone seeking to discern the future of theological education in the twenty-first century."—Justo L. González, Church Historian, Decatur, GA

"Clarke's engaging history of one institution is also an incisive study of change in Southern culture. This is institutional history at its best.  Clarke takes us inside a school of theology but also lets us feel the outside forces always pressing in on it, and he writes with the skill of a novelist. A remarkable accomplishment."—E. Brooks Holifield, Emory University

"Erskine Clarke enables the reader to see big things about the faith with which the seminary sought to engage the culture of its day, and how that culture, in turn, shaped the seminary's witness...Though this is a book of church history, its theological grasp of the issues that informed and shaped this seminary is profound."—Presbyterian Outlook