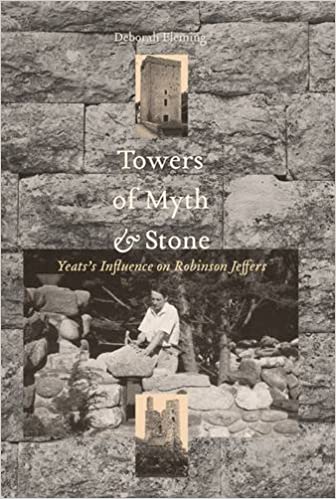 Towers of Myth and Stone

In this critical study of the influence of W. B. Yeats (1865-1939) on the poetry and drama of Robinson Jeffers (1887-1962), Deborah Fleming examines similarities in imagery, landscape, belief in eternal recurrence, use of myth, distrust of rationalism, and dedication to tradition. Although Yeats's and Jeffers's styles differed widely, Towers of Myth and Stone examines how the two men shared a vision of modernity, rejected contemporary values in favor of traditions (some of their own making), and created poetry that sought to change those values.

Jeffers's well-known opposition to modernist poetry forced him for decades to the margins of critical appraisal, where he was seen as an eccentric without aesthetic content. Yet both Yeats and Jeffers formulated social and poetic philosophies that continue to find relevance in critical and cultural theory. Engaging Yeats's work enabled Jeffers to develop a related, though distinct, sense of what themes and subject matter were best suited for poetic endeavor. His connection to Yeats helps to explain the nature of Jeffers's poetry even as it helps to clarify Yeats's influence on those who followed him. Moreover, Fleming argues, Jeffers's interest in Yeats suggests that critics misunderstand Jeffers if they take his rejection of modernism (as exemplified by Wallace Stevens, William Carlos Williams, and Ezra Pound) as a rejection of contemporary poetry or the process by which modern poetry came into being.

Deborah Fleming is the author of "A man who does not exist": The Irish Peasant in the Work of W. B. Yeats and J. M. Synge; W. B. Yeats and Postcolonialism; Learning the Trade: Essays on W. B. Yeats and Contemporary Poetry; a novel, Without Leave; a book of poetry, Morning, Winter Solstice; and a forthcoming second poetry collection, Into a New Country. A professor of English at Ashland University, Fleming is the editor of the Ashland Poetry Press. She lives on a farm in northeastern Ohio with her husband, Clarke W. Owens (also a writer), two horses, and eight cats.

"In modern poetry, the Irish poet W. B. Yeats continues to be the measure of all things, and Robinson Jeffers, the American poet who most resembles him philosophically, continues to wait for his true measure to be taken. Deborah Fleming does a valuable service for Jeffers by showing how much he truly has in common with Yeats. She examines the two poets' lives and work side by side, and finds in their poetry, their dramas, and in particular their love of their respective landscapes - Yeats's West of Ireland, Jeffers' Northern California coast - a shared belief in the mythic and cultural power that derives from the earth. Her readings of Yeats are as illuminating as they are of Jeffers. This book should serve to enhance the stature of both of these great modern poets."—Mark Jarman, author of Bone Fires: New and Selected Poems