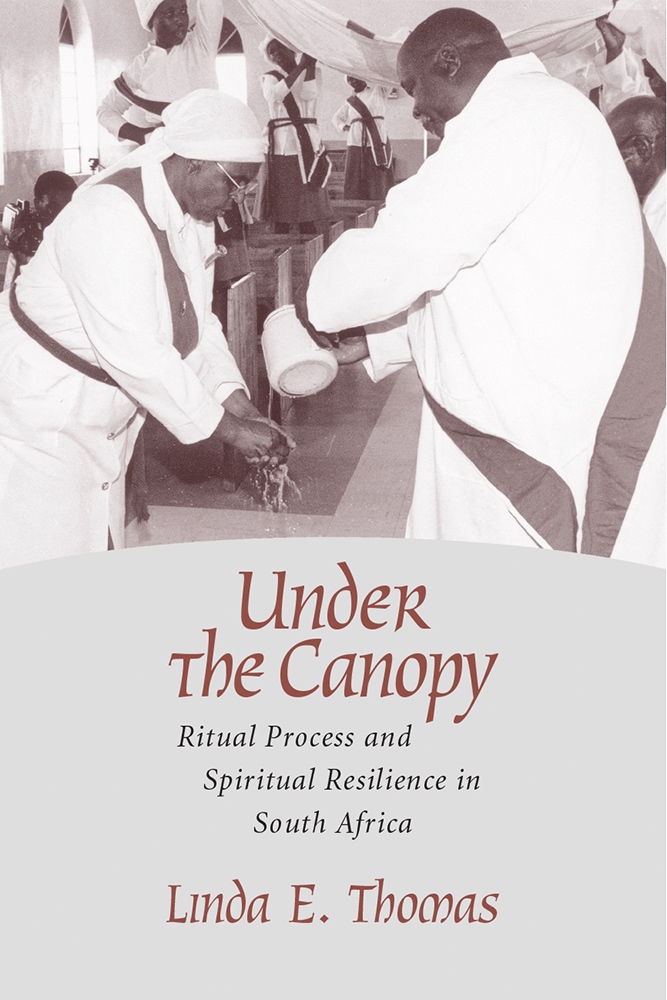 A case study in the transcendent powers of ritual and faith, Under the Canopy illustrates how the healing rites performed at St. John's Apostolic Faith Mission Church, located in Guguletu, an African township in Cape Town, offered a means by which these poor black South Africans liberated themselves from oppressive systems. Linda E. Thomas argues that the healing rites, and the folk medicine they involved, reoriented the community's focus away from conditions under apartheid and enlisted active community support that aided in expelling the aggressive and toxic apartheid system. Thomas's ethnographic study underscores the remarkable ability of economically disadvantaged people in South Africa to use their few material resources to create powerful and transformative rituals that helped them endure and overcome inhuman circumstances.

Drawing from interviews conducted with members of St. John's, Thomas shows how the independent church fostered a community capable of drawing from the surrounding disorder a purposeful, orderly, and unified outlook at both personal and communal levels. The ritual action performed by this community contested the articulation, distribution, and control of knowledge by a white elite and developed new cultural meanings specifically for the marginalized. Under the blue and white canopy of St. John's, Thomas found healing rituals to be expressions of protest through which oppressed people were able to transform their world.

Under the Canopy includes eight photographs from the author's field research with the members of St. John's.


Linda E. Thomas is a professor of theology and anthropology at the Lutheran School of Theology at Chicago and the editor of Living Stones in the Household of God: The Legacy and Future of Black Theology.

"Through this book readers gain a great deal of insight into religious developments in South Africa and the connection between these developments and continuing political realities."—Journal of the American Academy of Religion

"Thomas's compassionate and scrupulous attention to place and circumstance is the distinctive factor in this highly self-reflective ethnographic work."—Journal of Religion

"Under the Canopy is the next major detailed publication to enrich the understanding (and the bibliography) of South African indigenous churches, one that will become a standard work."—Missionalia