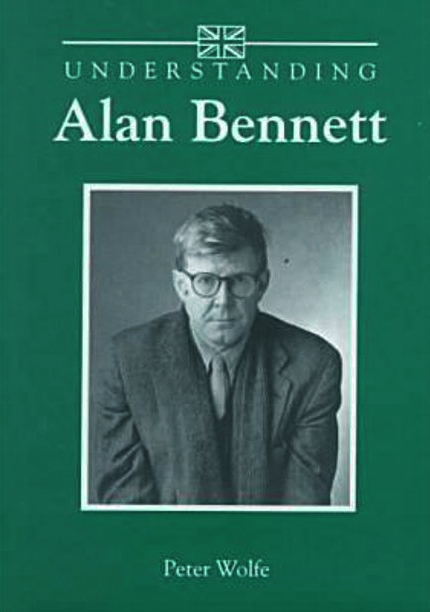 A study of the actor, director, playwright, and lyricist famous for Talking Heads and The Madness of King George

In August 1960 four young men who never planned to have show business careers launched a revue in Edinburgh comprising skits and parodies, songs and monologues, on subjects such as nuclear holocaust, the cold war, and capital punishment. The review, called Beyond the Fringe, made instant celebrities of the group — Alan Bennett, Dudley Moore, Jonathan Miller, and Peter Cook.

Of this now legendary troupe, Bennett had the most dubious professional future in the mid-1960s. yet in January 1992 this theatrical genius had two plays running in London's West End and had recently acted in one of his own teleplays. His suite of monologues, Talking Heads, was also opening in London's Comedy Theatre.

In Understanding Alan Bennett, Peter Wolfe conveys Bennett's originality, complexity of thought, and creative vigor while examining Bennett in his various roles as actor, director, playwright, and lyricist. Wolfe's book illustrates Bennett's success was no fluke. Signaling his theatrical eminence have been numerous awards and professional honors. His double bill Single Spies won the Olivier Award as England's best comedy for 1989. The casts of his plays, starting with Forty Years On in 1968, have included such luminaries as Sir John Gielgud, Sir Alec Guinness, Joan Plowright, Maggie Smith, Alan Bates, and Daniel Day Lewis. His screenwriting earned The Madness of King George a nomination for an Academy Award.

Bennett's ability to write scripts at once funny and sad has lifted him to heights occupied by very few of his peers. Understanding Alan Bennett illuminates a writer whose instinct for artistic choices has helped him succeed on his own terms.


Peter Wolfe teaches English at the University of Missouri-St. Louis. He is the author of fifteen books, and his shorter pieces have appeared in publications such as the New York Times Book Review, New Republic, and Modern Fiction Studies. His book Alarms and Epitaphs: The Art of Eric Ambler won the first annual Armchair Detective Award for the best scholarly work in the mystery genre for 1993.