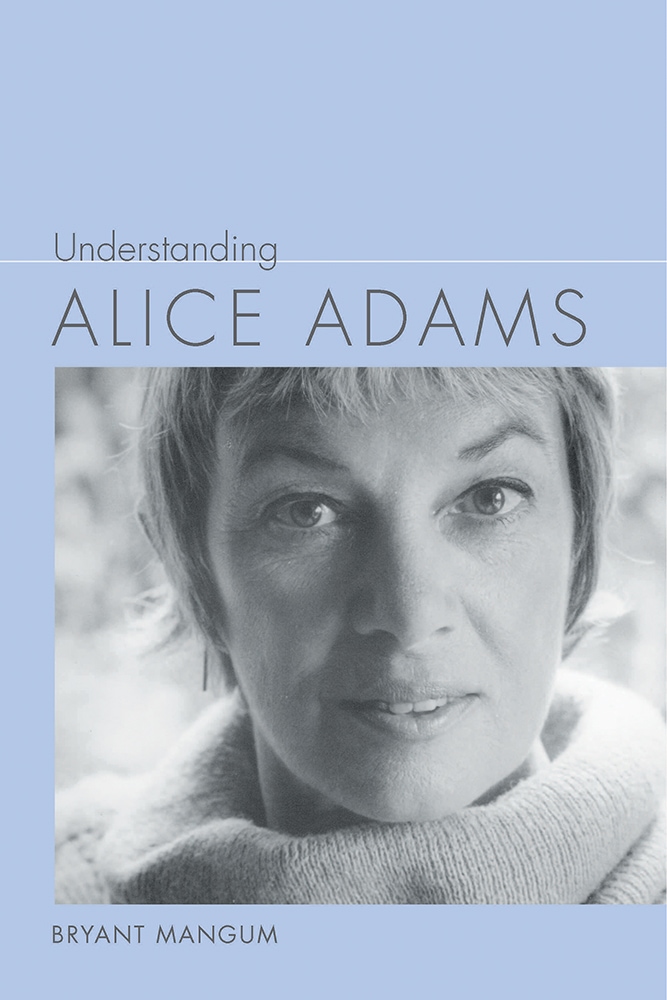 In Understanding Alice Adams, Bryant Mangum examines the thematic intricacies and astute social commentary of Adams's eleven novels and five short story collections. Throughout her career Adams was known for creating and re-creating the "Alice Adams woman," who is bright, honest, attractive, thoughtful—and sometimes a bit offbeat. As Mangum notes, Adams's central characters—her heroes—are most often women struggling toward self-sufficiency and independence as they strive to fulfill their responsibilities, including child rearing and other societal commitments.After an overview of Adams's life (1926-1999), Mangum groups the novels and stories by the decades in which they were published, since shifts in the thematic arc of Adams's fiction break conveniently along those lines. He explains how Adams used the novel as an extended workshop for her short fiction. Her novels cover wide swaths of the American experience, and from these sweeping narratives she distilled her sharp, lyrical, vibrant short stories, which earned her twenty-three O. Henry Awards—including six first-place recognitions and a lifetime achievement award—an honor shared with only Joyce Carol Oates, John Updike, and Alice Munro. In this study Mangum explores how Adams treats love, family, work, friendship, and nostalgia. He identifies hope as a thread that links all her main characters, despite how accurately she had anticipated the complexities and challenges that accompanied increased freedom for women in the later twentieth century.

"An excellent book in this important series! Bryant Mangum has produced a thoughtful, well-written, comprehensive study of the writings and career of Alice Adams, an accomplished writer who is overdue for attention and who has much to say to contemporary readers."—James L. W. West III, Pennsylvania State University

"Bryant Mangum offers a transformative and indispensable study of the short stories and novels of Alice Adams."—Carol Sklenicka, author of Raymond Carver: A Writer's Life

"More than any critic yet, Mangum introduces readers to the full range of Adams's work, giving us a broader picture of an author we only thought we knew."—Kirk Curnutt, Troy University

"Bryant Mangum offers an insightful study of Alice Adams that captures her significant contribution to American letters. He deftly demonstrates her portrayal of the conflicting desires of American women as they wrestled with their sense of obligation to traditional gender roles and their catalyzed longing for freedom, independence, and lives of their own. This book makes the case for why we need to keep reading Alice Adams."—Suzanne del Gizzo, Chestnut Hill College