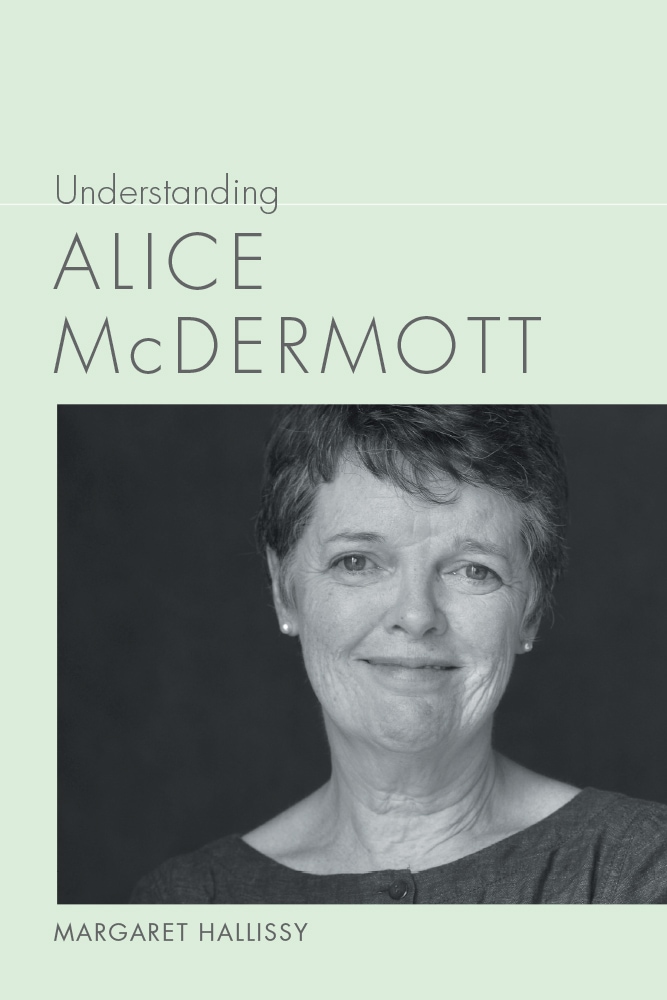 Alice McDermott—winner of the National Book Award, American Book Award, and Whiting Award, and three-time finalist for the Pulitzer Prize—recently published her eighth novel, The Ninth Hour, to great critical and popular acclaim. Her previous books, including Charming Billy, At Weddings and Wakes, and That Night, have been lauded as crowning achievements of Irish American fiction. An Irish American Catholic born and raised in New York, McDermott uses multiple identities and a distinctive, nonchronological narrative style to create an unmistakable trademark. She currently serves as the Richard A. Macksey Professor of the Humanities at Johns Hopkins University.

Understanding Alice McDermott begins with a brief biography and transitions into a linear inquiry of McDermott's published works. In addition to interrogating her recurring motifs of memory and heritage, Margaret Hallissy tracks various themes that appear throughout the novels—religion, generational trauma, geography, family, motherhood, and displacement—topics that intertwine and inform the mentality of McDermott's characters. This volume deftly leads the reader through each of McDermott's novels, seeking connections and facilitating conversations among her earliest and most recent works.

Hallissy demonstrates a deep critical understanding of intersections in McDermott's canon. Her characters in some ways are beleaguered by society's perception of them—uneducated, lower-middle-class immigrants or children of immigrants—but are also positively defined by their collective dream of a lost homeland and the shared hardship of motherhood. By tracing the shifting themes and motifs through eight novels, uncollected short stories, and essays published during McDermott's fruitful career, Understanding Alice McDermott provides a window into the decades-long development of a contemporary master.


Margaret Hallissy is a professor of English at Long Island University Post in Brookville, New York. She is the author of Understanding Contemporary Irish Fiction and Drama; Reading Irish-American Fiction: The Hyphenated Self; A Companion to Chaucer's Canterbury Tales; Clean Maids, True Wives, Steadfast Widows: Chaucer's Women and Medieval Codes of Conduct; and Venomous Woman: Fear of the Female in Literature.