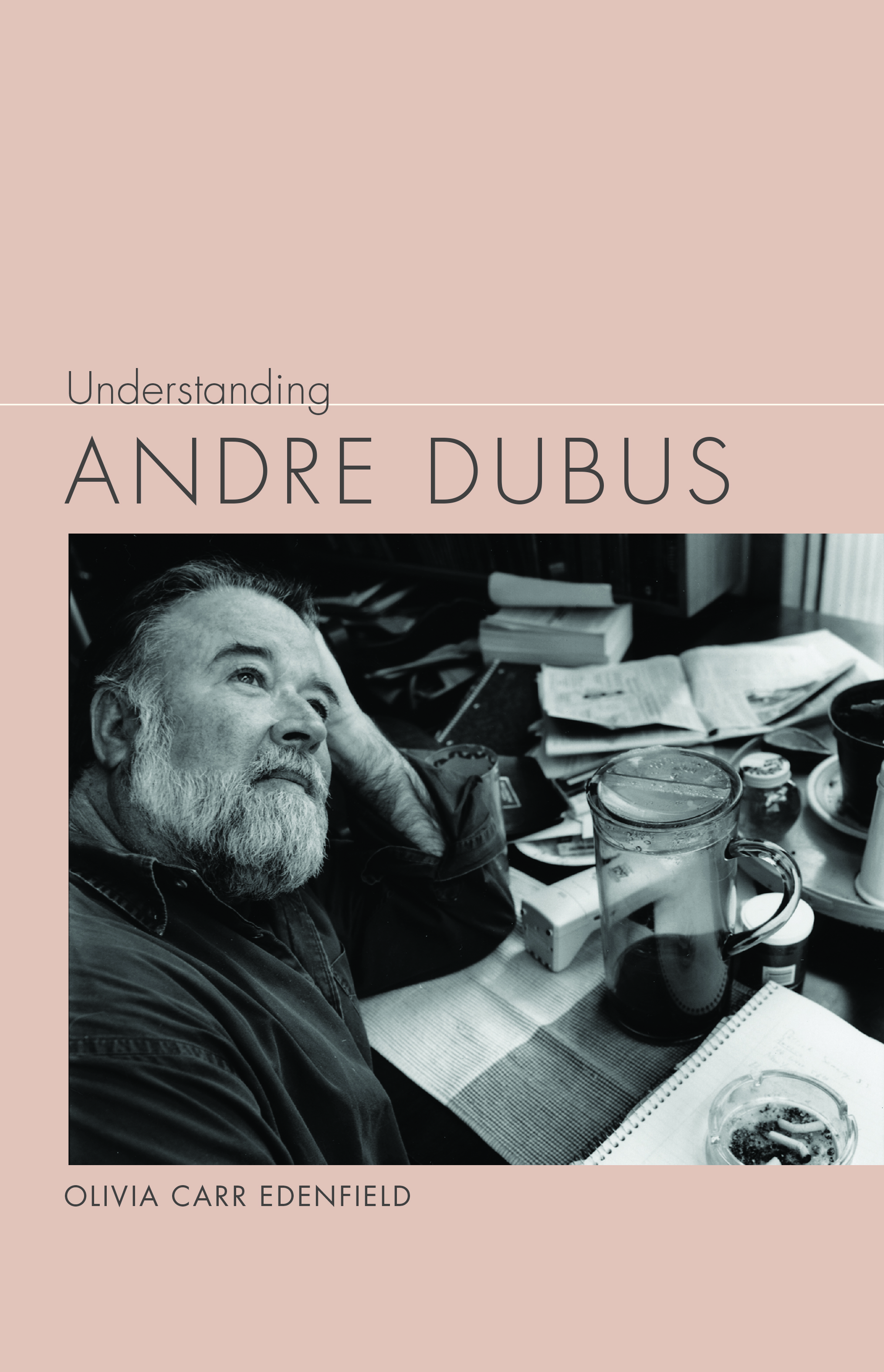 An overview of a canon influenced by military service, faith, and a life-changing accident

Andre Dubus (1936-1999), the author of short stories, novellas, essays, and two novels, is perhaps best known as the author of the story "Killings," which was adapted into the film In the Bedroom, a nominee for five Academy Awards in 2001. His work received many awards, including the PEN New England Award, the PEN Malamud Award, the Rea Award for the Short Story, and the Jean Stein Award. In Understanding Andre Dubus, Olivia Carr Edenfield focuses on the major influences that span Dubus's canon—his Catholic upbringing, Marine Corps service, and turn to fiction at the University of Iowa Writers' Workshop, as well as the influence that a life-threatening accident had on his work.

Edenfield traces how Dubus's experiences serve as a backdrop for the major themes that run through his work: faith, family, and infidelity. His marriages, the complex relationships with his children, and his difficult recovery from a car accident exerted a powerful influence on his work. Dubus also took up the complicated themes of love and marriage, fatherhood and faith, and despair and spiritual healing; his subjects and style were influenced significantly by Ernest Hemingway.

After Dubus's novel Broken Vessels was named a runner-up for the Pulitzer Prize in 1991, he returned to writing short stories, the genre for which he is still renowned. He focused on a character much like himself who had to learn to navigate the world while afflicted with physical and spiritual disability. In 1996 he published his critically acclaimed short story cycle Dancing after Hours, an appropriate ending to a career that celebrated the healing power of the human heart.


Olivia Carr Edenfield is a professor in the Department of Literature and Philosophy at Georgia Southern University and is the executive coordinator and an executive board member of the American Literature Association. She is the editor of Conversations with Andre Dubus and author of the Dubus entry for the Oxford Bibliographies in American Literature. Edenfield lives in Statesboro, Georgia, with her husband, Daniel, and their daughter, Rose. Their son, Cohen, lives and writes in Los Angeles.

"In Understanding Andre Dubus, Olivia Carr Edenfield has given us the best comprehensive analysis—stories, novels and essays—of that unforgettable writer. Her empathetic reading concentrates on love, grace, sacrament, and ritual and her sensitive interpretation and thematic interweaving bring Dubus's works back to life in a fearlessly original way."—Allen Josephs, author of On Hemingway and Spain

"Edenfield's deft assessment of Dubus's career occurs in prose everywhere as accessible as that of her subject, and her thematic treatments reveal fruitful insights for both first-time readers and published scholars on Dubus. There will certainly be other books on this brilliant writer, but all will take their lead from Edenfield."—Lee Clark Mitchell, Princeton University

"Edenfield explicates both the highly revered works and the overlooked efforts, giving us a more rounded portrait of the writer's thirty-five-year output than ever before. Rich in insight and fueled by first-hand interviews, this book is destined to become the starting point not just for understanding Andre Dubus but for appreciating him, too."—Kirk Curnutt, author of Reading Hemingway's To Have and Have Not

"Understanding Andre Dubus is the most insightful and informative study ever published on this master of short fiction. As a leading scholar in the field, Olivia Edenfield has provided the essential biographical and critical background required for an informed reading of some of the best short stories in American literature. Free of theoretical jargon, her book offers both background information and sensitive insight."—James Nagel, Eidson Distinguished Professor Emeritus, University of Georgia