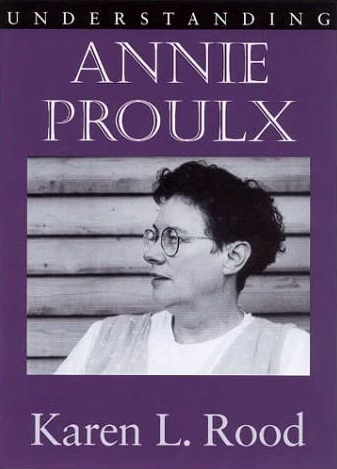 Understanding Annie Proulx introduces readers to the writings of a Pulitzer Prize-winning author best known for the novels Postcards, The Shipping News, and Accordion Crimes. Karen L. Rood surveys Proulx's life, career, and five book-length works of fiction to identify and discuss their major themes. In addition to examining the lyrical prose, wealth of detail, and distinctive characterization that have brought Proulx widespread praise, Rood identifies and analyzes the novelist's primary thematic concern—the way ordinary people conduct their lives in the face of massive social, economic, and ecological change.

Rood chronicles Proulx's childhood, development as a writer, and relatively late entry into fiction writing. (Proulx published her first story collection at the age of fifty-seven, after nearly two decades of writing nonfiction books, articles, and pamphlets.) Suggesting that these early years served as a long and valuable apprenticeship for Proulx's mature fiction, Rood demonstrates how the novelist's graduate studies in history, extensive research experience, and knowledge of rural life have formed her worldview and enriched her writing.

In separate chapters Rood provides critical appraisals of Proulx's two short-story collections and three novels. She discusses how in these works Proulx warns her readers about the dire consequences, for both the globe and those inhabiting it, of the headlong rush toward modernization. She also traces Proulx's ambitious attempt to define American life in all its aspects, underlining the vast disparity between Americans' idealized vision of their past and the real history of violence and prejudice that has shaped the nation as it is today.

Karen L. Rood holds a Ph.D. in English from the University of South Carolina and has been a senior editor at Bruccoli Clark Layman for more than twenty years. Rood has written articles and edited books on aspects of American literature and culture from the colonial period to the present. She lives in Columbia.