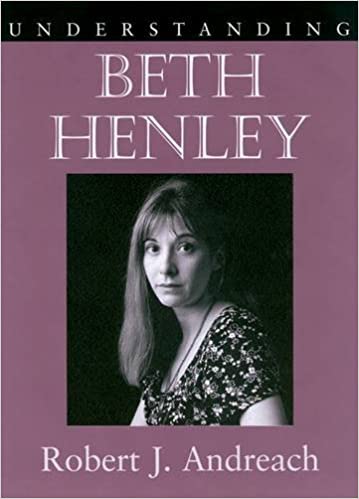 Beth Henley remains best known for Crimes of the Heart, a play that won the Pulitzer Prize and the New York Drama Critics Circle Award and later was made into a major motion picture. In this introduction to the Mississippi-born playwright and her body of work, Robert J. Andreach presents Henley's plays as a unified whole, considering both her more accessible work of the 1980s and the commonly misunderstood—and often overlooked—plays of the 1990s. Andreach fills the gap in scholarship about the later plays and, in doing so, argues that they recast familiar themes, images, and motifs into new modes of self-discovery and expression.

Andreach concedes that differences in setting and style separate the two decades of Henley's career: the plays from the earlier decade comprise single, representational sets in the Deep South of Mississippi and Louisiana while the plays from the 1990s are multiple, symbolic sets in Southern California and other locations. He contends, however, that whether dramatizing naturalistically or experimentally, Henley does not stray far from her original concerns. Andreach points out that while the self-discoveries of the two decades differ, Henley's goal is the same: characters who prove themselves worthy in a culture that denigrates them.
Andreach's analysis features close readings of Henley's entire corpus. He positions her final three works of the 1990s as a trilogy that reconciles differing modes of self-discovery.


Robert J. Andreach has taught at the University of Toledo, the University of Rhode Island, the State University of New York at Binghamton, and Monmouth College. He is the author of Studies in Structure: The Stages of the Spiritual Life in Four Modern Authors; The Slain and Resurrected God: Conrad, Ford, and the Christian Myth; Creating the Self in the Contemporary American Theatre; and Drawing upon the Past: Classical Theatre in the Contemporary American Theatre. Andreach lives in Sea Girt, New Jersey.