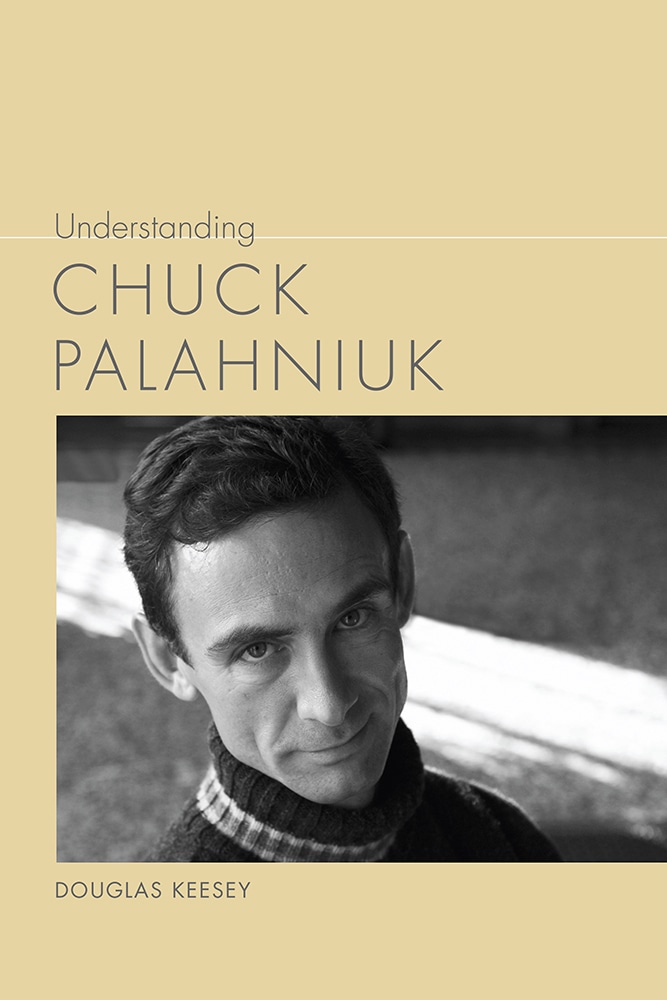 An introduction to the fictions of the Fight Club author, who is both loved and loathed

Ever since his first novel, Fight Club, was made into a cult film by David Fincher, Chuck Palahniuk has been a consistent presence on the New York Times best-seller list. A target of critics but a fan favorite, Palahniuk has been loathed and loved in equal measure for his dark humor, edgy topics, and confrontational writing style. In close readings of Fight Club and the thirteen novels that this controversial author has published since, Douglas Keesey argues that Palahniuk is much more than a "shock jock" engaged in mere sensationalism. His visceral depictions of sex and violence have social, psychological, and religious significance. Keesey takes issue with reviewers who accuse Palahniuk of being an angry nihilist and a misanthrope, showing instead that he is really a romantic at heart and a believer in community.

In this first comprehensive introduction to Palahniuk's fiction, Keesey reveals how this writer's outrageous narratives are actually rooted in his own personal experiences, how his seemingly unprecedented works are part of the American literary tradition of protagonists in search of an identity, and how his negative energy is really social satire directed at specific ills that he diagnoses and wishes to cure. After tracing the influence of his working-class background, his journalistic education, and his training as a "minimalist" writer, Understanding Chuck Palahniuk exposes connections between the writer's novels by grouping them thematically: the struggle for identity (Fight Club, Invisible Monsters, Survivor, Choke); the horror trilogy (Lullaby, Diary, Haunted); teen terrors (Rant, Pygmy); porn bodies and romantic myths (Snuff, Tell-All, Beautiful You); and a decidedly unorthodox revision of Dante's Divine Comedy (Damned, Doomed).

Drawing on numerous author interviews and written in an engaging and accessible style, Understanding Chuck Palahniuk should appeal to scholars, students, and fans alike.

"Keesey's study of literary America's enfant most terrible is remarkable for an economy that never compromises comprehensive insight into Palahniuk's many fictions. Understanding Chuck Palahniuk is the best kind of vade mecum—it will be valued by readers at every level, from those who are discovering just how far 'shocking the bourgeois' has come since the early days of modernism to those seeking to assess the viability of the avant-garde in literary environments that are postmodern and (some would say) post-postmodern."—David Cowart, author of The Tribe of Pyn: Literary Generations in the Postmodern Period

"Understanding Chuck Palahniuk is the resource Palahniuk's readers have been waiting for. Douglas Keesey's comprehensive guide to this quirky, timely author is elegantly written, thoroughly researched, and always engaging, informative, and accessible. This book is sure to become the go-to reference for students, scholars, teachers, and fans."—Naomi Mandel, University of Rhode Island