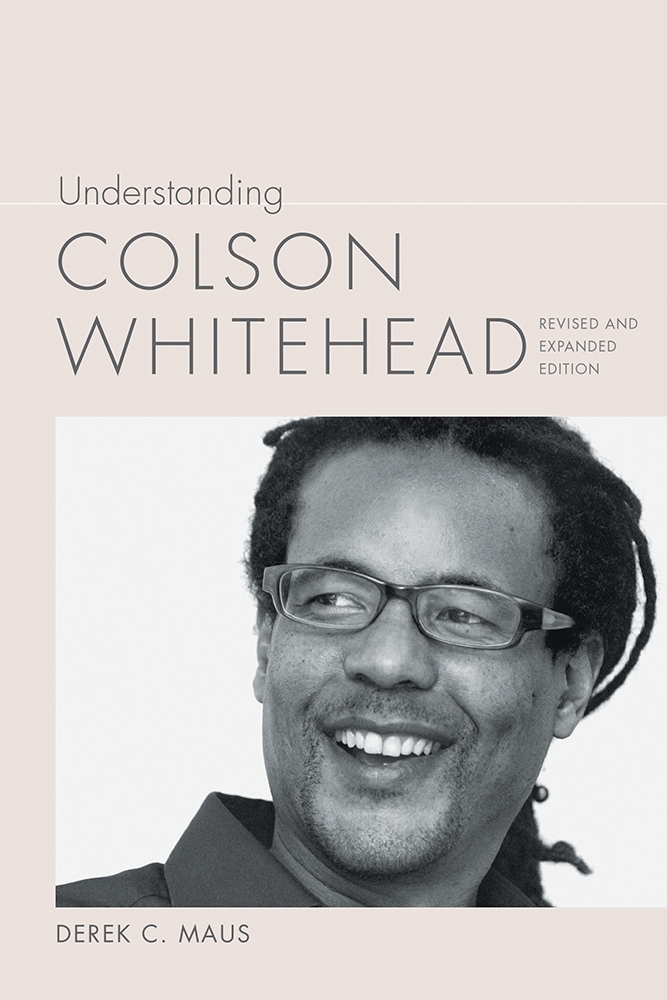 An inviting point of entrance into the truth seeking, genre defying novels of the award-winning author

In 2020 Colson Whitehead became the youngest recipient of the Library of Congress Prize for American Fiction. Although Whitehead's widely divergent books complicate overarching categorization, Derek C. Maus argues that they are linked by their skepticism toward the ostensible wisdom inherited from past generations and the various forms of "stories" that transmit it. Whitehead, best known for his Pulitzer Prize winning novel The Underground Railroad, bids readers to accompany him on challenging, often open-ended literary excursions designed to reexamine—and frequently defy—accepted notions of truth.

Understanding Colson Whitehead unravels the parallel structures found within Whitehead's books from his 1999 debut The Intuitionist through 2019's The Nickel Boys, for which he won his second Pulitzer Prize for Fiction. By first imitating and then violating their conventions, Whitehead attempts to transcend the limits of the formulas of the genres in which he seems to write. Whitehead similarly tests subject matter, again imitating and then satirizing various forms of conventional wisdom as a means of calling out unexamined, ignored, or malevolent aspects of American culture.

Although it is only one of many subjects that Whitehead addresses, race is often central to his work. It serves as a prime example of Whitehead's attempt to prompt his readers into revisiting their assumptions about meanings and values. By upending the literary formulas of the detective novel, the heroic folktale, the coming-of-age story, the zombie apocalypse, the slave narrative, and historical fiction, Whitehead reveals the flaws and shortcomings by which Americans have defined themselves. In addition to evoking such explicitly literary storytelling traditions, Whitehead also directs attention toward other interrelated historical and cultural processes that influence how race, class, gender, education, social status, and other categories of identity determine what an individual supposedly can and cannot do.


Derek C. Maus teaches contemporary literature at the State University of New York at Potsdam. He is also the author of Jesting in Earnest: Percival Everett and Menippean Satire and Unvarnishing Reality: Subversive Russian and American Cold War Satire. He is also the editor or coeditor of Conversations with Colson Whitehead; Post-Soul Satire: Black Identity after Civil Rights; Finding a Way Home: A Critical Assessment of Walter Mosley's Fiction; and Angry Rain: A Memoir by Maurice Kenny.

"With Understanding Colson Whitehead, Derek Maus offers an invaluable, readable, and comprehensive introduction to the work of one of the current era's most important authors. Few writers have shifted genres, styles, and tones so masterfully, and Maus helps readers understand how Whitehead's work all fits together."—Cameron Leader-Picone, Kansas State University

"Understanding Colson Whitehead is an indispensable study about an incredibly inventive contemporary novelist. Derek C. Maus produces superb and meticulous analyses of The Intuitionist, John Henry Days, The Underground Railroad, and Whitehead's other books. This engaging examination advances our views of an author whose idiosyncratic novels captured the attention of countless readers and earned astonishing levels of critical acclaim."—Howard Rambsy II, Author of Bad Men: Creative Touchstones of Black Writers