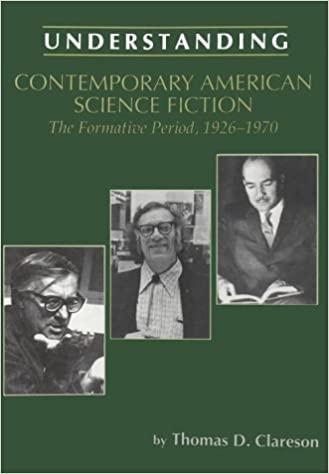 During the past 50 years American science fiction has become one of the most popular forms of fiction throughout the world. It provides the best index to the impact of all fields of science, as well as technology, on the literary and popular imaginations. Indeed, it has helped to shape the dreams that lie behind the worldwide interest in space exploration, while at the same time it has provided the cutting edge of social and political criticism and satire. Understanding Contemporary American Science Fiction undertakes an overview of the field during those crucial decades when it evolved from a form of fiction in the pulp magazines to one of the most popular forms of the contemporary novel. Clareson traces the principal thematic strains of the field, from the view of a technologically triumphant humanity that foresaw nuclear holocaust and an earthy dystopia, to the rich diversity of the 1960s. Writers such as Isaac Asimov, Robert A. Heinlein, John W. Campbell, Ray Bradbury, Marjorie Nicolson, Max Ehrlich, Judith Merril, and Kurt Vonnegut are featured.

Thomas D. Clareson, professor of English at the College of Wooster, has been active in the study of science fiction for more than 30 years. He was the chairman of the first Modern Language Association seminar devoted to science fiction in 1958, and since 1959 has edited Extrapolation: A Journal of Science Fiction and Fantasy. The first president of the Science Fiction Research Association (1970–1976), Clareson is the author of several books and the recipient of numerous awards for his work.