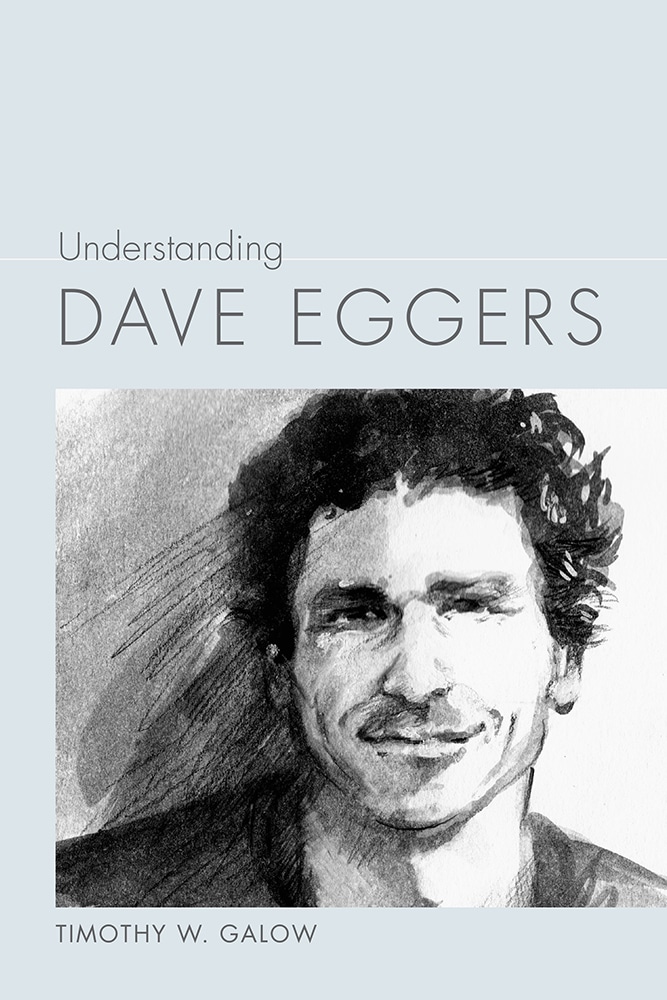 Understanding Dave Eggers surveys the work of one of the most celebrated American authors of the twenty-first century and is the first book-length study incorporating Eggers's novels, short-story collections, and film scripts. With a style aimed at students and general readers alike, Timothy W. Galow offers a textual analysis that uniquely combines Eggers's early autobiographical works and the subject of celebrity as well as his later texts that deal with humanitarian issues.

Galow devotes a chapter to each of Eggers's major works, from his first book, the Pulitzer Prize-nominated memoir, A Heartbreaking Work of Staggering Genius, though his recent novel, A Hologram for the King, a National Book Award finalist about an aging American businessman chasing success in Saudi Arabia. Other chapters cover You Shall Know Our Velocity, What Is the What, and Zeitoun.

Each chapter studies the major themes and styles of the featured work while also placing it in the context of Eggers's oeuvre. In this way Galow examines each text in its own right, but he also offers us a larger guide to all of Egger's work. Providing important historical background for understanding Eggers's literary work, Galow examines how Eggers's texts are deeply invested in both his own public persona and the changing cultural conditions in the United States over the past twenty years.

Galow's careful analysis is conveyed in clear language that engages issues important to contemporary critics without being pedantic or jargon laden. As a result Understanding Dave Eggers can serve as a useful introduction to the author's work or a valuable resource for the devoted reader.


Timothy W. Galow is an assistant professor of English at Carroll University in Waukesha, Wisconsin. He has published widely on American literature, modern celebrity culture, film, and contemporary rhetoric. Galow's most recent work is Writing Celebrity: Stein, Fitzgerald, and the Modern(ist) Art of Self-Fashioning.

"Dave Eggers is one of the most complex literary figures of the twenty-first century. For readers already familiar with Eggers, Timothy Galow provides a refreshing and unifying assessment of his career; for those new to Eggers's writing and persona, Understanding Dave Eggers is an essential field guide."—Jonathan D'Amore, associate dean, Saint Michael's College