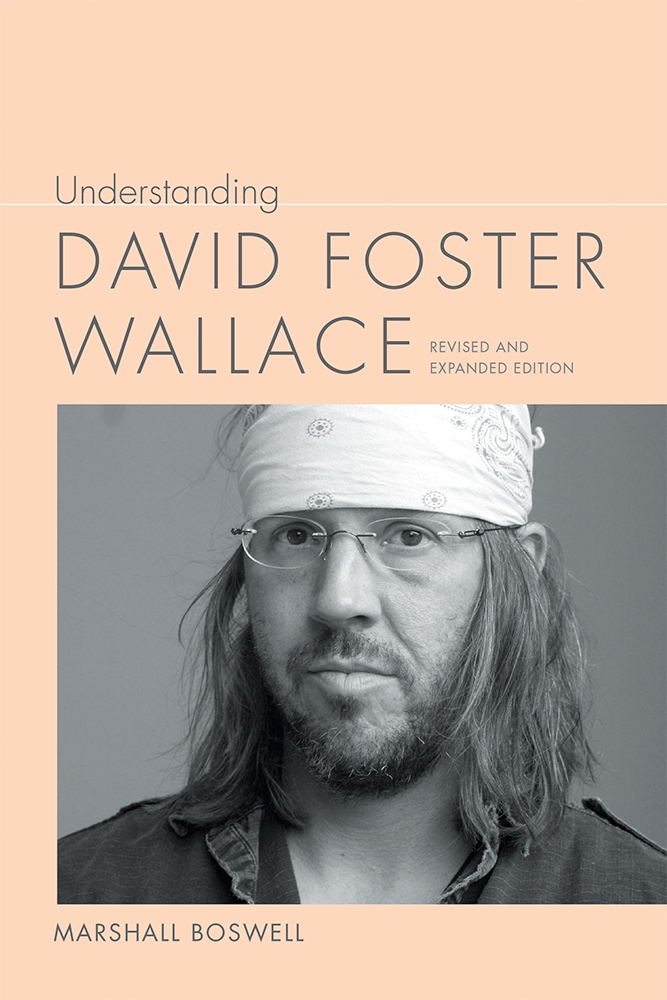 Since its publication in 2003, Understanding David Foster Wallace has served as an accessible introduction to the rich array of themes and formal innovations that have made Wallace's fiction so popular and influential. A seminal text in the burgeoning field of David Foster Wallace studies, the original edition of Understanding David Foster Wallace was nevertheless incomplete as it addressed only his first four works of fiction—namely the novels The Broom of the System and Infinite Jest and the story collections Girl with Curious Hair and Brief Interviews with Hideous Men. This revised edition adds two new chapters covering his final story collection, Oblivion, and his posthumous novel, The Pale King.

Tracing Wallace's relationship to modernism and postmodernism, this volume provides close readings of all his major works of fiction. Although critics sometimes label Wallace a postmodern writer, Boswell argues that he should be regarded as the nervous leader of some still-unnamed (and perhaps unnamable) third wave of modernism. In charting a new direction for literary practice, Wallace does not seek to overturn postmodernism, nor does he call for a return to modernism. Rather his work moves resolutely forward while hoisting the baggage of modernism and postmodernism heavily, but respectfully, on its back.

Like the books that serve as its primary subject, Boswell's study directly confronts such arcane issues as postmodernism, information theory, semiotics, the philosophy of Ludwig Wittgenstein, and poststructuralism, yet it does so in a way that is comprehensible to a wide and general readership—the very same readership that has enthusiastically embraced Wallace's challenging yet entertaining and redemptive fiction.

"Understanding David Foster Wallace places incisive close readings in a rich context that Wallace's fiction emerged from and shaped—including literary postmodernism, popular culture, philosophies of language, politics, and ethics—to create an overview that is as accessible as it is illuminating. An excellent place to start and return to for scholars, teachers, students, and all readers of Wallace's challenging work."—Mary K. Holland, State University of New York, New Paltz

"Understanding David Foster Wallace is the first critical study of Wallace that I ever got my hands on and it remains a wonderful introduction to his work. Boswell writes on Wallace with clarity, precision, and a graceful authority. Readers will come away with a firm grasp of Wallace's major themes and aesthetic concerns."—Ralph Clare, Boise State University

"Boswell reads like a novelist and a critic, with a sensitivity to craft and narrative design married to a lucid and eclectic grasp of Wallace's myriad theoretical and intellectual contexts. If you read just one book about Wallace's fiction, this is the study to read."—Stephen Burn, University of Glasgow

"This welcome edition builds impressively on Boswell's seminal work in its previous incarnations. The volume is rounded out by two chapters on Oblivion and The Pale King, making it a complete and cohesive guide to Wallace's oeuvre. Managing to balance astute observation and accessible style, Understanding David Foster Wallace is indispensable for seasoned scholars and new readers alike."—Clare Hayes-Brady, University College Dublin

"Boswell makes Wallace much easier to understand, in terms of both his work and his place in the literary canon, in which he is among Pynchon, Barth, Franzen, Eggers, and DeLillo, men who wrote books mostly about men... Recommended."—Choice Reviews