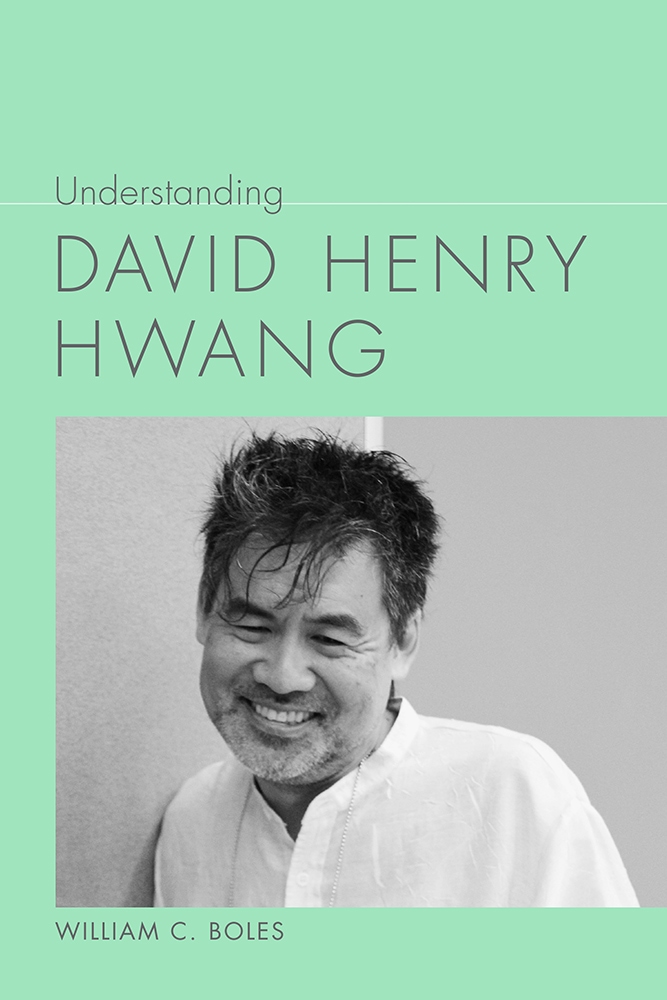 Understanding David Henry Hwang is a critical study of Hwang's playwriting process as well as the role of identity in each one of Hwang's major theatrical works. A first-generation Asian American, Hwang intrinsically understands the complications surrounding the competing attractiveness of an American identity with its freedoms in contrast to the importance of a cultural and ethnic identity connected to another country's culture.

William C. Boles examines Hwang's plays by exploring the perplexing struggles surrounding Asian and Asian American stereotypes, values, and identity. Boles argues that Hwang deliberately uses stereotypes in order to subvert them, while at other times he embraces the dual complexity of ethnicity when it is tied to national identity and ethnic history. In addition to the individual questions of identity as they pertain to ethnicity, Boles discusses how Hwang's plays explore identity issues of gender, religion, profession, and sexuality. The volume concludes with a treatment of Chinglish, both in the context of rising Chinese economic prominence and in the context of Hwang's previous work.

Hwang has written ten short plays including The Dance and the Railroad, five screenplays, and many librettos for musical theater. The recipient of fellowships from the National Endowment for the Arts and the Guggenheim and Rockefeller foundations, Hwang was appointed by President Bill Clinton to the President's Committee on the Arts and the Humanities.


William C. Boles is a professor of English at Rollins College in Winter Park, Florida, and the author of The Argumentative Theatre of Joe Penhall. He has published essays on Martin McDonagh, Wendy Wasserstein, Shelagh Delaney, and Samuel Beckett.

"William C. Boles's Understanding David Henry Hwang is a carefully researched, engaging, and beautifully written overview of the playwright's career and works. Not only has Boles provided the most complete account we have of this important dramatist, he offers fascinating insights into American racial identity over the last thirty years."—Stanton B. Garner, Jr., Professor and Head, Department of English, University of Tennessee

"Understanding David Henry Hwang, by William C. Boles, not only provides details about Hwang's life but goes deeply into his play-writing process, showing how the theme of identity figures strongly in his work."—Willard Manus, Lively-Arts.com