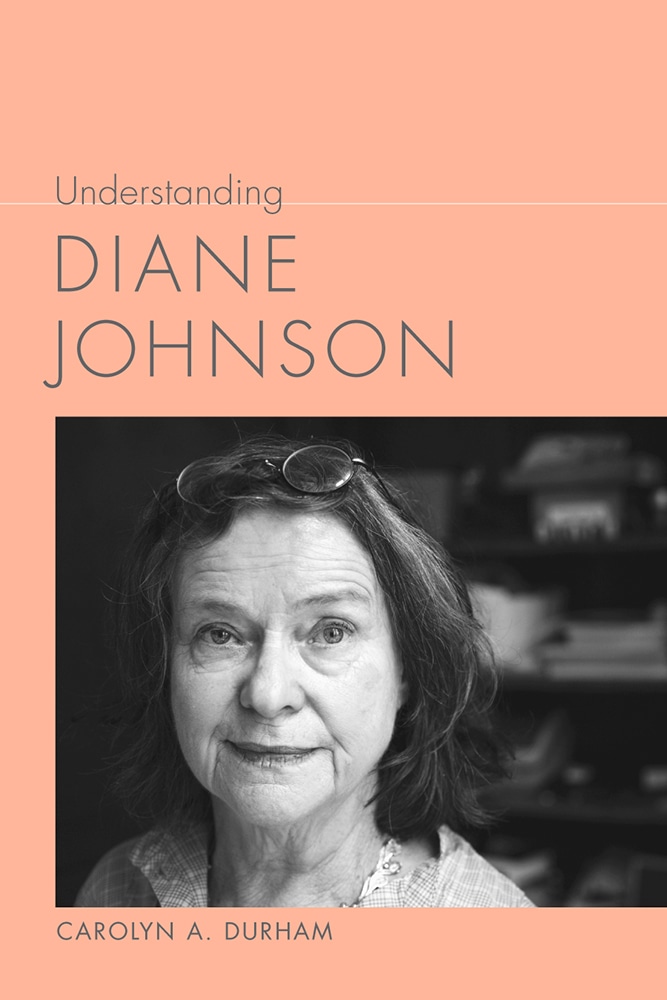 Understanding Diane Johnson is a biographical and critical study of a quintessential American novelist who has devoted forty-five years to writing about French and American culture. Johnson, who was nominated for the National Book Award three times and the Pulitzer Prize twice, has been a regular contributor to the New York Review of Books since the 1970s and is the author of more than a dozen fiction and nonfiction volumes.

Johnson is well known as a comic novelist who addresses serious social problems. Durham outlines Johnson's continued exploration of women's lives and her experimentation with varied forms of narrative technique and genre parody in the detective novels The Shadow Knows and Lying Low, both award-winning novels. Durham examines Johnson's reinvention of the international novel of manners—inherited from Henry James and Edith Wharton—in her best-selling Franco-American trilogy: Le Divorce, Le Mariage, and L'Affaire.

As the first book-length study of this distinguished American writer, Understanding Diane Johnson surveys an extensive body of work and draws critical attention to a well-published, widely read author who was the winner of the California Book Awards Gold Medal for Fiction in 1997.


Carolyn A. Durham is the Inez Kinney Gaylord Professor of French and chair of the Department of French at the College of Wooster, where she also teaches in the programs of comparative literature, film studies, and women's, gender, and sexuality studies.

"Carolyn Durham demonstrates compellingly how Johnson writes as both an American and an American abroad. Durham moves with ease between author and work, fiction and non-fiction, figure and context. She is particularly adept at delineating Johnson's attention to the importance of place, her contributions to the international comedy of manners, and her ironic depictions of cross-culturalism at work."—Edward Knox, Middlebury College emeritus

"Exemplary in its scope, clarity, and insight, Understanding Diane Johnson is indispensable in examining the career of an important contemporary American writer for whom a full-length critical study is long overdue. In lucid readings and lively prose, Carolyn Durham explores Johnson's fascination with the relation of identity to place, illuminating how Johnson reinvigorates the comedy of manners and writes from a cross-cultural perspective to uncover what we mean by 'America' and 'Americanness.' Elegantly organized, incisive, and accessible to a broad readership, the book offers a beautifully detailed yet succinct overview of Johnson's fiction and nonfiction"—Debra Shostak, author of Philip Roth—Countertexts, Counterlives