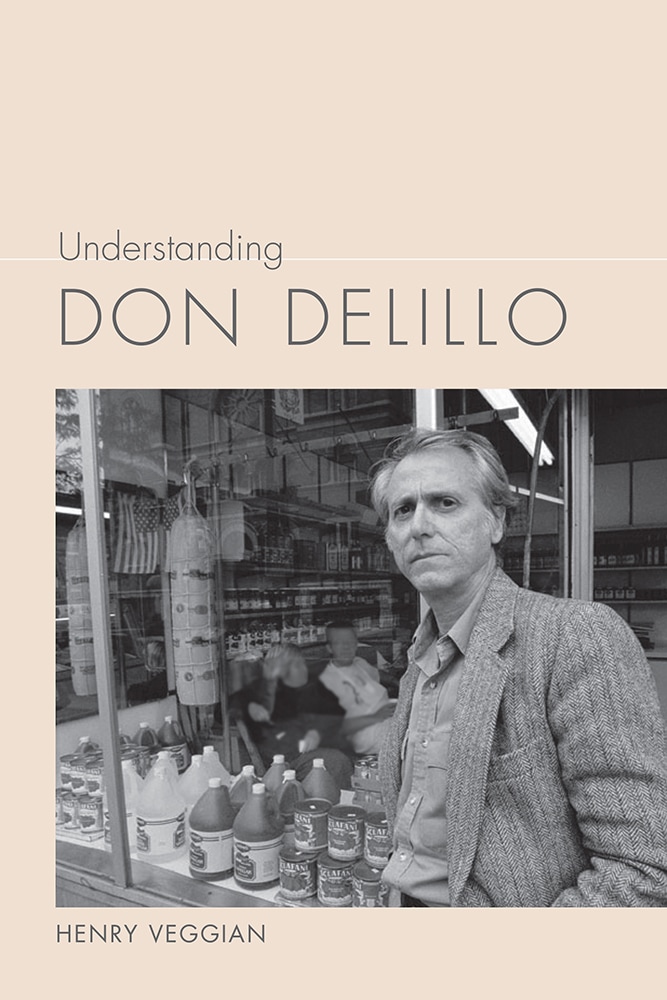 Henry Veggian introduces readers to one of the most influential American writers of the last half- century. Winner of the National Book Award, American Book Award, and the first Library of Congress Prize for American Fiction, Don DeLillo is the author of short stories, screenplays, and fifteen novels, including his breakthrough work White Noise (1985) and Pulitzer Prize finalists Mao II (1992) and Underworld (1998).

Veggian traces the evolution of DeLillo's work through the three phases of his career as a fiction writer, from the experimental early novels, through the critically acclaimed works of the mid-1980s and 1990s, into the smaller but newly innovative novels of the last decade. He guides readers to DeLillo's principal concerns—the tension between biography and anonymity, the blurred boundary between fiction and historical narrative, and the importance of literary authorship in opposition to various structures of power—and traces the evolution of his changing narrative techniques.

Beginning with a brief biography, an introduction to reading strategies, and a survey of the major concepts and questions concerning DeLillo's work, Veggian proceeds chronologically through his major novels. His discussion summarizes complicated plots, reflects critical responses to the author's work, and explains the literary tools used to fashion his characters, narrators, and events. In the concluding chapter Veggian engages notable examples of DeLillo's other modes, particularly the short stories that reveal important insights into his "modular" working method as well as the evolution of his novels.


Henry Veggian is a lecturer of English and comparative literature at the University of North Carolina at Chapel Hill. He edits for boundary 2 and Rodopi Editions.

"This is a terrific introduction to DeLillo's fiction."—Choice

"Deftly, confidently, Henry Veggian offers a highly readable theoretical and thematic narrative through the notoriously intimidating works of America's finest novelist of the fin-de-millennium. Informed by but not compelled by the critical commentary already on DeLillo, Veggian offers an engaging new way into DeLillo's cultural vision and into the evolution of his formal experimentations , especially the dense texts of the post- 9-11 work and the short fiction. A significant introduction to DeLillo's fiction."—Joseph Dewey, Beyond Grief and Nothing: A Reading of Don DeLilllo

"Henry Veggian's study merits a place on every shelf devoted to first-rate literary criticism. A remarkable combination of succinctness and depth, it accounts comprehensively for the DeLillo chapter in the larger book of American literature. Veggian offers perspicacious readings of individual fictions without losing sight of the bigger picture: the shape of a literary career of immense importance to contemporary letters."—David Cowart, Louise Fry Scudder Professor of Humanities, University of South Carolina

"With learning, imagination, and an attractive prose style, Henry Veggian opens an informative and accessible path into the world of Don DeLillo. Veggian's alert intelligence meets the challenge posed by DeLillo's important, fascinating, but difficult books. A major novelist calls forth a strong performance by a new critical voice."—Jonathan Arac, Andrew W. Mellon Professor of English, University of Pittsburgh

"Understanding Don DeLillo represents a very useful tool with which both neophytes and researchers can approach the work of one of the most refined and compelling writers of the contemporary scene Veggian offers a 360-degree view on DeLillo's writing, including those parts generally overlooked by both critics and readers."—Orbit: A Journal of American Literature

"An outstanding brief introduction to the fiction of American novelist Don DeLillo. Veggian presents insightful, concise discussions of eight of DeLillo's major novels [his] readings are rigorous and thoughtful, and he is particularly excellent in his discussions of the novels White Noise and Mao II."—J. Bishoff, University of Minnesota, Choice