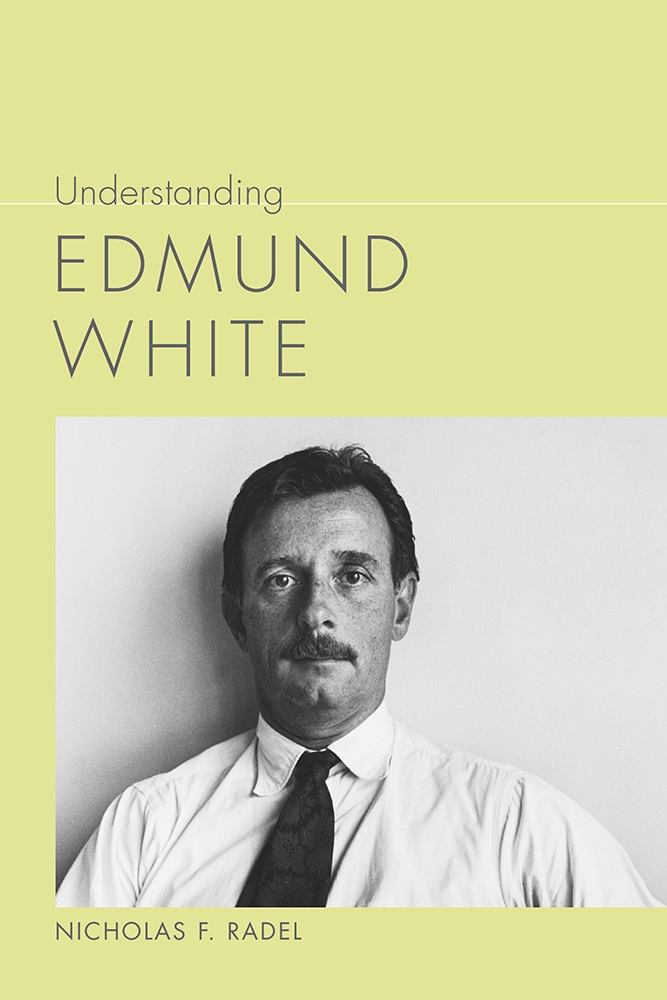 Nicholas F. Radel's Understanding Edmund White, the first book-length critical study of White's work, examines America's best-known gay novelist within the changing social contexts of the past half-century, when gay and lesbian people moved from being seen as psychologically deviant to being increasingly accepted as productive members of society. Radel explores the ways White documents this cultural transition, in both his fiction and his nonfiction, and contributes to it by making gay writing a source for new knowledge of sexuality.

Taking into account recent scholarship on White, Radel provides insightful analysis of the author's autobiographical novels and short stories, from A Boy's Own Story through The Married Man and Chaos. Understanding Edmund White makes White's early experimental novels, Forgetting Elena, Nocturnes for the King of Naples, and Caracole, as well as his later historical fiction, Fanny and Hotel de Dream, accessible by showing how their emphasis on sexuality and social change connects them to the autobiographical fictions. Radel also shows how White's most recent novel, Jack Holmes and His Friend, deftly combines historical and autobiographical narratives to become one of the author's most nuanced explorations of American sexuality. Understanding Edmund White additionally contains a new, previously unpublished interview with White that provides revealing information about the impact his work as a biographer has had on his later fiction.

Grounded in ongoing critical debates in social and literary theory central to understanding contemporary gay literature, Radel's introduction to White's complex literary vision portrays the writer's evolving perceptions of the issues confronting his gay characters and narrators, boys and men who struggle in the early autobiographical novels to achieve a sense of self-worth but assume in the later novels and nonfiction confident voices that speak for and about American culture and sexualities of all types.


Nicholas F. Radel is a professor of English at Furman University in Greenville, South Carolina, and coeditor of The Puritan Origins of American Sex: Religion, Sexuality, and National Identity in American Literature. Radel's articles on Edmund White have appeared in edited collections, literary encyclopedias, and journals including Modern Fiction Studies. His essays on American film and drama have appeared in Essays in Theatre, Cinema Journal, and elsewhere.

"Deft, detailed, and discerning, Nicholas F. Radel's book not only illuminates his complex subject, but demonstrates that Edmund White is one of our finest and most challenging writers. Radel places White both in his immediate context and in the wider frame of global thought and literature. He demonstrates how White's varied oeuvre is energized by concerns that make it important for everyone to understand."—David Bergman, editor of Gay American Autobiography: Writings from Whitman to Sedaris and author of The Violet Hour: The Violet Quill and the Making of Gay Culture

"This meticulously researched, lucidly argued, and sharply written book ushers Edmund White onto the national literary pantheon, where he not only rightfully belongs, but where he also confirms the prominent place that works by, about, and for gay men have begun to occupy in American letters. . . . Interweaving facts from the writer's rich international life and oeuvre, Radel creates a nuanced portrait that will attract students looking for a comprehensive introduction and also scholars and nonacademics seeking sophisticated readings of White's books."—Magdalena J. Zaborowska, University of Michigan, Ann Arbor