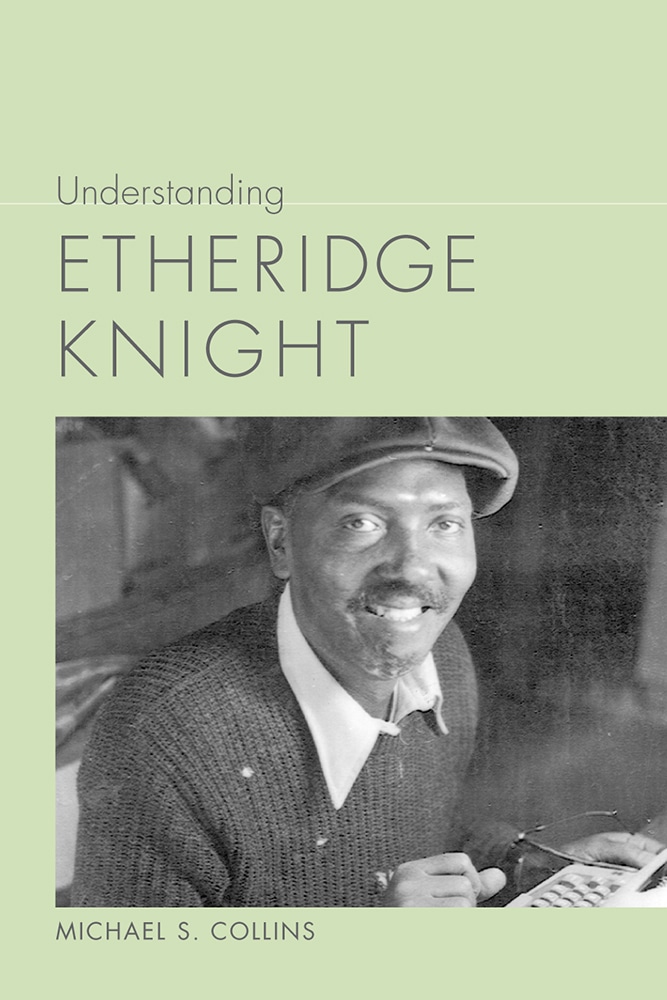 Understanding Etheridge Knight introduces readers to a major—but understudied—American poet. Etheridge Knight (1931-1991) survived a shrapnel wound suffered during military service in Korea, as well as a drug addiction that led to an eight-year prison sentence, to publish five volumes of poetry and a small cache of powerful prose. His status in the front ranks of American poets and thinkers on poetry was acknowledged in 1984, when he won the Shelley Memorial Award, which had previously gone, as an acknowledgement of "genius and need," to E.E. Cummings, Gwendolyn Brooks, and W. S. Merwin.

In this first book-length study of Knight and his complete body of work, Michael Collins examines the poetry of a complex literary figure who, following imprisonment, transformed his life to establish himself as a charismatic voice in American poetry and an accomplished teacher at institutions such as the University of Hartford, Lincoln University, and his own Free Peoples Poetry Workshops.

Beginning with a concise biography of Knight, Collins explores Knight's volumes of poetry including Poems from Prison, Black Voices from Prison, Born of a Woman, and The Essential Etheridge Knight. Understanding Etheridge Knight brings attention to a crucial era in African American and American poetry, and to the literature of the incarcerated, while reflecting on the life and work of an original voice in American poetry.

"Michael S. Collins's Understanding Etheridge Knight (So. Car.) admirably fills the need for a thoroughly researched, discerning study of the life and work of Knight."—Poetry: The 1940s to the Present

"Understanding Etheridge Knight is a superb venture in literary criticism and intellectual biography. Michael Collins brings erudition, intelligence, shrewdness, and deftness of expression to this study of a significant if little-known American poet."—Arnold Rampersad, Stanford University

""Collins has written the book that Knight has long deserved.""—American Literary Scholarship

""An illuminating excavation of Knight's poetry and legacy.""—The Journal of African American History