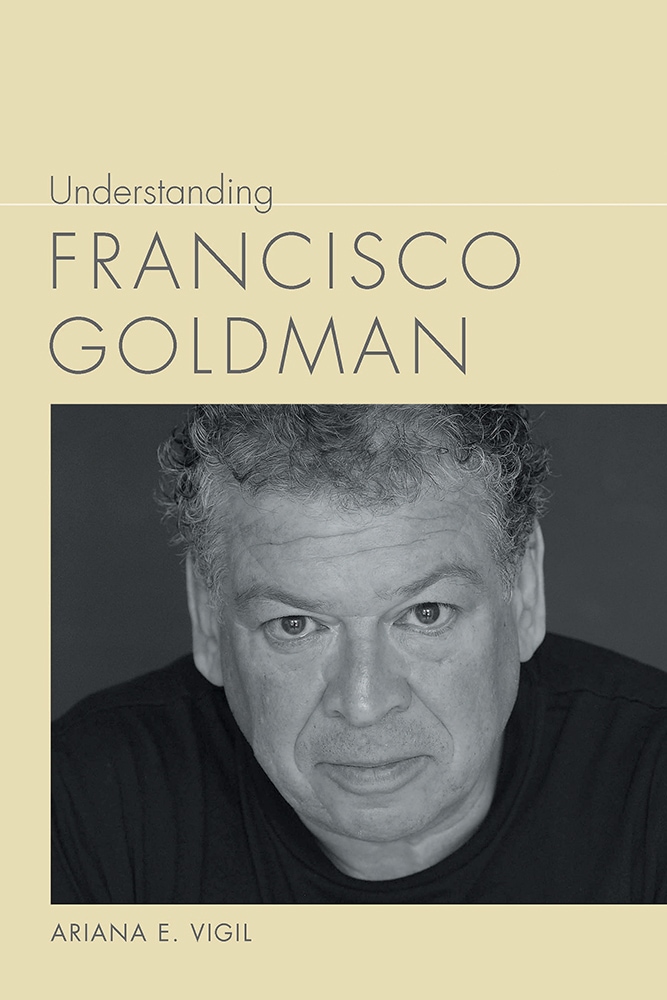 Award-winning writer and journalist Francisco Goldman is the author of novels and works of nonfiction and is a regular contributor to the New Yorker magazine. His awards include the Sue Kaufman Prize for First Fiction and the T. R. Fyvel Book Award, as well as a Guggenheim Fellowship. Born to a Guatemalan mother and Jewish American father, Goldman's heritage has shaped his unique perspective and has had a significant influence on his literary themes.

In Understanding Francisco Goldman, the first book-length study of Goldman's life and work, Ariana E. Vigil begins with a biographical chapter drawn largely from Goldman's essays and interviews. Her analytical chapters, one for each of Goldman's four novels and two works of nonfiction, offer biographical, historical, political, and literary context for each work while exploring major themes.

Vigil examines the influence literary and political history have had in the development of Goldman's characters and themes, as well as his use of multiple literary genres and the role of humor in his work. She underscores how major themes in Goldman's work—migration, political violence, love, and loss—are explored across nations and time periods and how they remain significant today.

In Understanding Francisco Goldman, Vigil draws connections between the writer's life and work and demonstrates the appreciation he deserves for his influence, diversity, and breadth. Through his thoughtful, intellectual, transnational writing, Goldman expands the definition of what it means to be American.


Ariana E. Vigil is an associate professor in the Department of Women's and Gender Studies at the University of North Carolina at Chapel Hill. She is the author of War Echoes: Gender and Militarization in U.S. Latina/o Cultural Production.

"Understanding Francisco Goldman gives us a broad scope about the author's development, his significance for a variety of literary genres and traditions, and his complicated position as a cultural translator in the hemispheric Americas."—American Literary History

"Ariana Vigil's thoughtful work packed with insights into historical periods, Inter-American politics, literature, and a critical reflection on culture, focuses on how the son of a Jewish American father and a Catholic Guatemalan mother, became a bridge-builder and a translator of Central American events to American readers. Vigil outlines Goldman's origins, and his struggles and transformations to become one of the leading writers and journalists in both this country and in Central America. She signals his binational perspective, and aptly elaborates a rigorous reflection of Goldman's published works—both novels and non-fiction. Ultimately, Vigil depicts Goldman as a vibrant, flexible, and resilient writer that should be considered part of the American canon. It is a pleasure to read this book!"—Arturo Arias, University of California, Merced