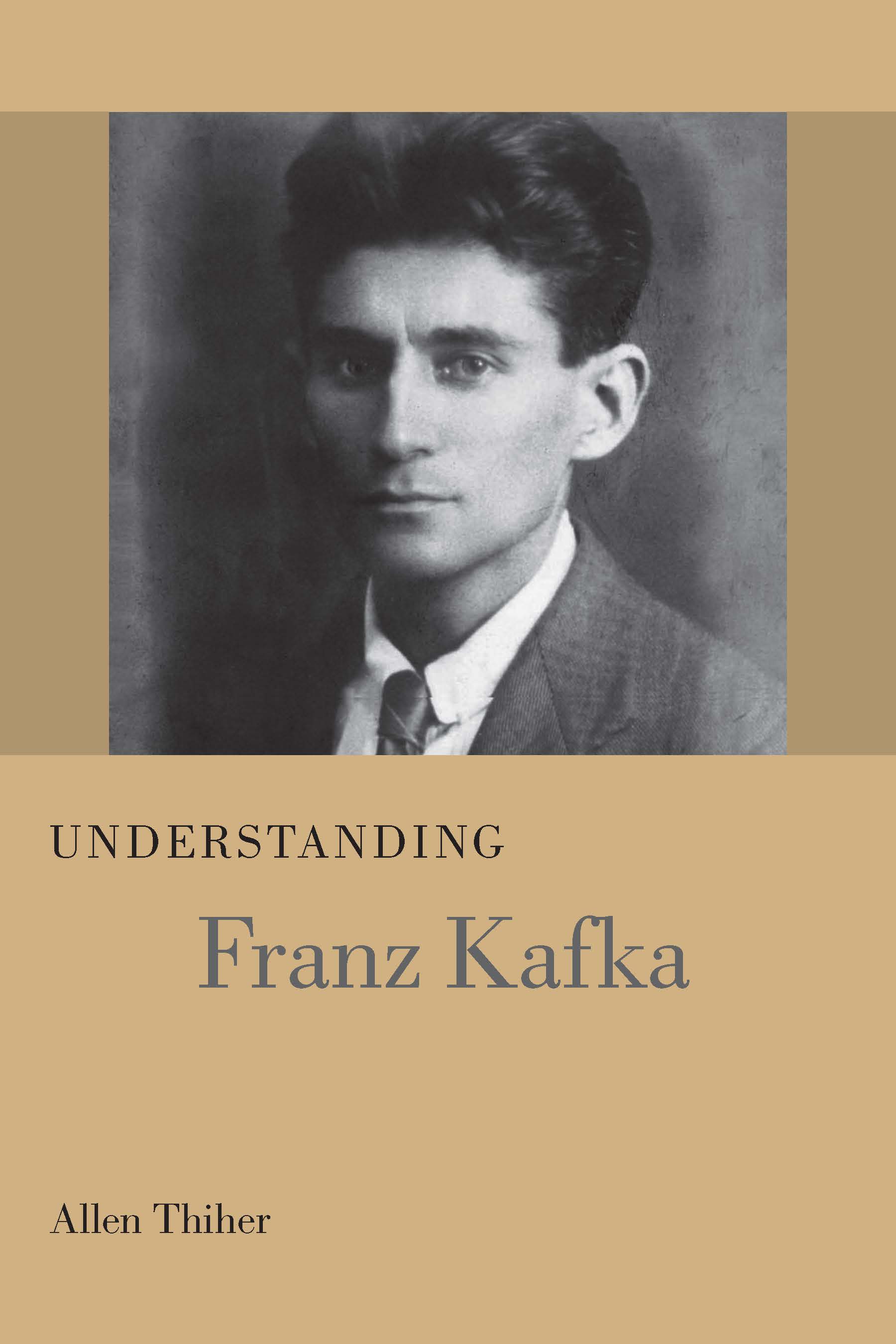 Franz Kafka is without question one of the most influential writers of the twentieth century despite the fact that much of his work remained unpublished when he died at a relatively young age in 1924. Kafka's eccentric methods of composition and his diffident attitude toward publishing left most of his writing to be edited and published after his death by his literary executor, Max Brod.

In Understanding Franz Kafka, Allen Thiher addresses the development of Kafka's work by analyzing it in terms of its chronological unfolding, emphasizing the various phases in Kafka's life that can be discerned in his constant quest to find a meaning for his writing. Thiher also shows that Kafka's work, frequently self-referential, explores the ways literature can have meaning in a world in which writing is a dubious activity.

After outlining Kafka's life using new biographical information, Thiher examines Kafka's first attempts at writing, often involving nearly farcical experiments. The study then shows how Kafka's work developed through twists and turns, beginning with the breakthrough stories "The Judgment" and "The Metamorphosis," continuing with his first attempt at a novel with Amerika, and followed by Kafka's shifting back and forth between short fiction and two other unpublished novels, The Trial and The Castle.

Thiher also calls on Kafka's notebooks and diaries. These help demonstrate that Kafka never stopped experimenting in his attempt to find a literary form that might satisfy his desire to create some kind of transcendental literary text in an era in which the transcendent is at best an object of nostalgia or of comic derision. In short, Thiher contends, Kafka constantly sought the grounds for writing in a world in which all appears groundless.


Allen Thiher is Curators' Distinguished Professor of Romance Languages Emeritus at the University of Missouri–Columbia and is a permanent fellow at Clare Hall, Cambridge University. His books include Understanding Marcel Proust and Understanding Robert Musil, both published by the University of South Carolina Press, as well as studies of Louis-Ferdinand Céline and Raymond Queneau, an earlier study of Kafka, and books on French cinema, literary theory, and science and literature. He lives in retirement with his wife in Sofia, Bulgaria.