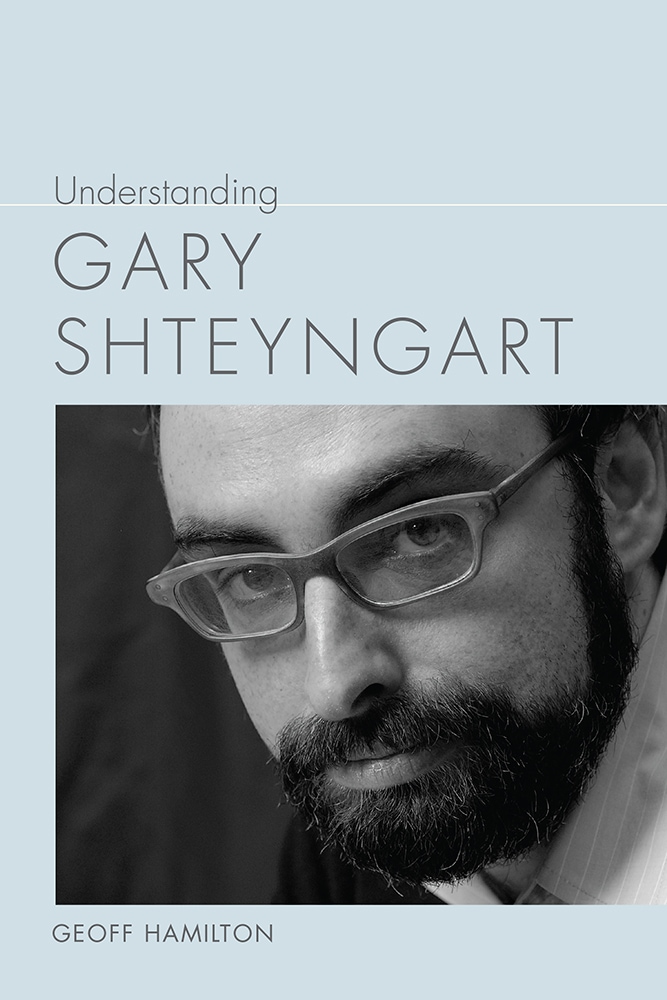 A survey of the Russian-born American author's work and themes questioning identity, politics, and multiculturalism

Understanding Gary Shteyngart, the first comprehensive examination of Shteyngart's novels and memoir, introduces readers to one of the most critically acclaimed and commercially successful contemporary American authors. Born in Leningrad in 1972, Shteyngart immigrated to the United States in 1979, attended Oberlin College and the City University of New York, and currently teaches in the Writing Program at Columbia University. His novels include Super Sad True Love Story, winner of the Bollinger Everyman Wodehouse Prize; Absurdistan, chosen as one of the ten best books of the year by the New York Times Book Review and Time magazine; and The Russian Debutante's Handbook, winner of the Stephen Crane Award for First Fiction and the National Jewish Book Award for Fiction.

Geoff Hamilton studies three broad, overlapping elements of Shteyngart's work: his construction of Russian-Jewish identity in the United States, his appraisal of communism's imaginative legacy for the wider East European diaspora and former Soviet republics, and his representation of the deadening effects of late capitalism. Focusing on Shteyngart's themes of the fracturing and decay of ethnic identities, the limits and pitfalls of multiculturalism, and the decline of privacy and civility against the creeping power of technological mediation, Hamilton also tracks the author's playful manipulation of literary traditions and his incisive revision of seminal mythologies of Russian, Jewish, and American selfhood. Although Shteyngart has sometimes been pigeon holed as an immigrant author working a rather marginal ethnic shtick, Hamilton demonstrates that Shteyngart's work deserves attention for its remarkable centrality, that is, its relevance to core questions of identity formation and beliefs common to globalized societies.


Geoff Hamilton is the author of The Life and Undeath of Autonomy in American Literature. He is an assistant professor of English at Trent University, and his current research focuses on conceptions of self-rule in Native American literature.

"In this first book-length study devoted to the trailblazer of Russian-Jewish-American fiction, virtuoso performer on social media and prescient dystopianist Geoff Hamilton sheds light not only on Shteyngart's literary work, but also his mastery of such innovative genres as the self-deprecating book trailer and the tongue-in-cheek publicity blurb."—Adrian J. Wanner, Pennsylvania State University

"Understanding Gary Shteyngart is an engaging, comprehensive overview of his work, highlighting the uniqueness of a writer whose reliance on autobiographic detail has been both playful and perilous as it held up a mirror to liberal multiculturalism's blind spots. Hamilton skillfully captures the hilarious and phantasmagoric world of Shteyngart's protagonists who are neither comfortably Jewish, Russian, nor American, embroiled in satires of corporate globalization in a world after communism."—Natasa Kovacevic, Eastern Michigan University

"This deft and comprehensive study takes us deep into the ambivalent comic territory of Gary Shteyngart's novels and memoir and public appearances, and helps us to understand intimately why for this writer the quest for identity is almost always a quest for several other things at the same time."—Michael G. Wood, Princeton University