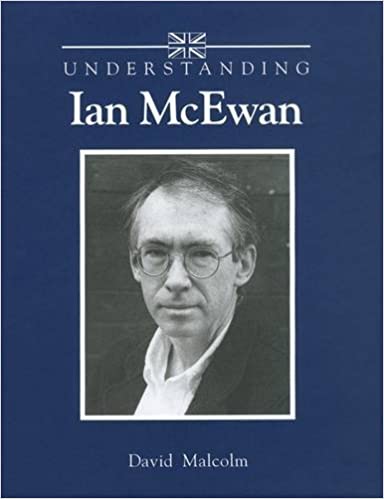 Understanding Ian McEwan provides a full discussion of the fiction written by one of Britain's most highly regarded novelists and the winner of the 1998 Booker Prize. David Malcolm places Ian McEwan's work—admired by critics for its polished, understated treatment of themes of aberrance and obsession—in the context of British literature's particular dynamism in the last decades of the twentieth century. He also examines McEwan's relationship to feminism, concern with rationalism and science, use of moral perspective, and proclivity toward fragmentation.

Malcolm offers close readings of McEwan's early short stories, which he recognizes as traditional and conservative in technique despite their shocking subject matter, and all of McEwan's novels. Employing the third novel, The Child in Time, as the fulcrum for his discussion, Malcolm explores the themes of incest, espionage, moral self-flagellation, sexual fixation, political dysfunction, and personal antipathy evident in the other fiction. Malcolm notes that while critics traditionally view The Child in Time as McEwan's bold step into social engagement and his embrace of a more redemptive view of humanity, the novels Enduring Love and Amsterdam represent a return to the psychologically disturbed, unregenerate world of his pre-1987 writings. Malcolm illumines the continuities obscured by the conventional approach to McEwan's fiction and raises the question whether McEwan is a novelist of brilliant fragments or of overall coherence.


David Malcolm is a professor of English literature at the University of Gdansk in Poland. He was born in Aberdeen, Scotland, is a graduate of the universities of Aberdeen and London, and has taught in Britain, Japan, and the United States. He is the author of a study of contemporary British fiction and co-author of Jean Rhys: A Study of the Short Fiction. Malcolm's translations of contemporary Polish poetry and prose have appeared in journals in Britain and the United States. Malcolm lives in Sopot, Poland.