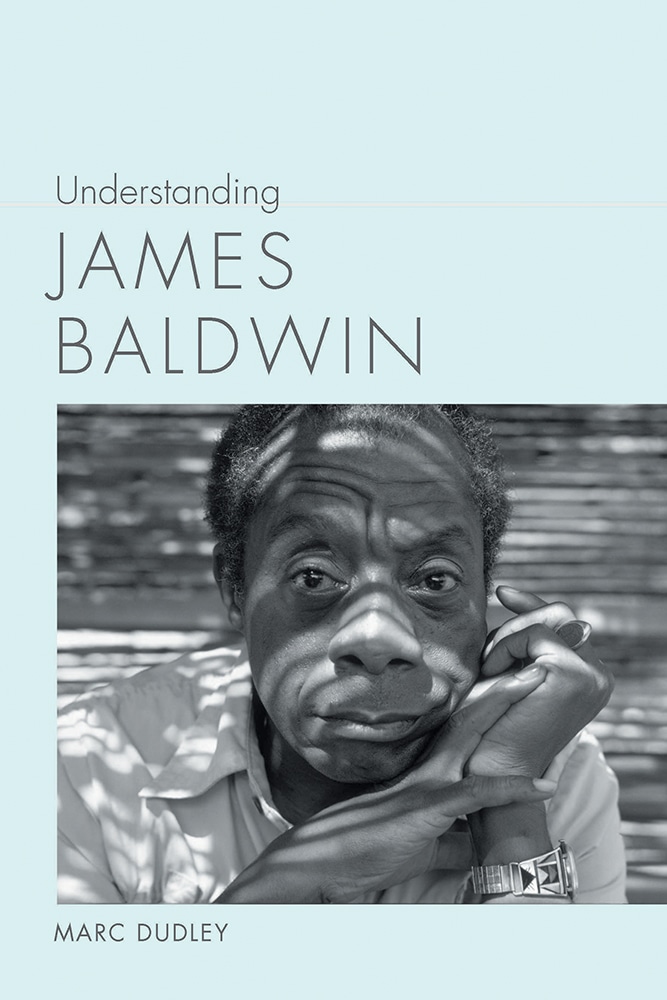 An analysis of the ground-breaking author's vision and thematic concerns

The Harlem-born son of a storefront preacher, JamesBaldwin died almost thirty years ago, but his spirit lives on in the eloquent and still-relevant musings of his novels, short stories, essays, and poems. What concerned him most—as a black man, as a gay man, as an American—were notions of isolation and disconnection at both the individual and communal level and a conviction that only in the transformative power of love could humanity find any hope of healing its spiritual and social wounds.

In Understanding James Baldwin, Marc K. Dudley shows that a proper grasp of Baldwin's work begins with a grasp of the times in which he wrote. During a career spanning the civil rights movement and beyond, Baldwin stood at the heart of intellectual and political debate, writing about race, sexual identity, and gendered politics, while traveling the world to promote dialogue on those issues. In surveying the writer's life, Dudley traces the shift in Baldwin's aspirations from occupying the pulpit like his stepfather to becoming a writer amid the turmoil of sexual self-discovery and the harsh realities of American racism and homophobia. The book's analyses of key works in the Baldwin canon—among them, Go Tell It on the Mountain, Giovanni's Room, "Sonny's Blues," Another Country, The Fire Next Time, and The Devil Finds Work—demonstrate the consistency, contrary to some critics' claims, of Baldwin's vision and thematic concerns.

As police violence against people of color, a resurgence in white supremacist rhetoric, and pushback against LGBTQ rights fill today's headlines, James Baldwin's powerful and often-angry words find a new resonance. From early on, Baldwin decried the damning potential of alienation and the persistent bigotry that feeds it. Yet, even as it sometimes wavered, his hope for both the individual and the nation remained intact. In the present historical moment, James Baldwin matters more than ever.


Marc Dudley is an associate professor of English at North Carolina State University, specializing in both twentieth-century American literature and African American literature. The author of Bloodlines and the Color Line: Hemingway, Race, and Art, he has also published in the Hemingway Review and is coeditor of the forthcoming Teaching Hemingway and Film.

"In Understanding James Baldwin, Marc Dudley positions Baldwin's writings as serious political explorations of American-ness, including our racial, sexual, gendered, and moral triumphs and failings. In the process, Dudley comments on the salvic power of Baldwin's writing and attests to Baldwin's belief in the power of love to resolve America's most pressing issues. As importantly, Dudley connects Baldwin's work to the current sociopolitical moment. Understanding James Baldwin is a truly worthy read for both Baldwin scholars and for those new to the work for this formidable writer."—Sheila Smith McKoy, Kennesaw State University

"Given the renaissance of interest in James Baldwin, Marc Dudley's Understanding James Baldwin couldn't have appeared at a more appropriate moment. One particularly laudable dimension of this work is its comprehensive scope; Dudley attends to the multiple genres in which Baldwin wrote: fiction, essay, drama, and poetry. With rigor and sensitivity, he offers novel interpretations of classic texts. This splendidly written study is accessible to multiple audiences, speaking as lucidly to students and scholars as it does to the broader community of readers."—Keith Clark, George Mason University