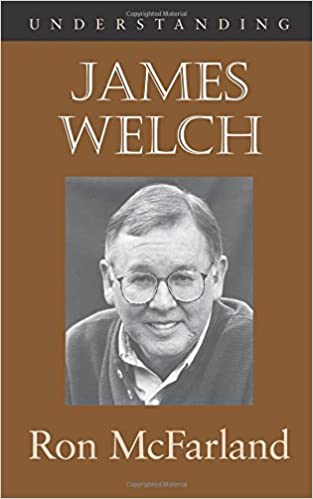 In Understanding James Welch, Ron McFarland offers analysis and critical commentary on the works of the renowned Blackfeet-Gros Ventre writer whose first novel, Winter in the Blood, has become a classic in Native American fiction and whose book of poems, Riding the Earthboy 40, has remained in print since its initial publication in 1971. McFarland offers close readings of Welch's poems and five novels, as well as his volume of nonfiction, Killing Custer, which tells the story of the Battle of the Little Bighorn from a Native American perspective.

Demonstrating how Welch wrote each of the novels from a different angle, McFarland finds the writer's focus to be on the picaresque in Winter in the Blood, on tragic inevitability in The Death of Jim Loney, on epic qualities in Fools Crow, and on the element of intrigue in The Indian Lawyer. McFarland draws on interviews with Welch, book reviews, and a growing body of secondary scholarly commentary to reflect on Welch's evolution as a writer, his interest in the landscape and the psychological life of his characters, his use of Native American lore and regionalist elements, and his thematic concerns—particularly the identity motif.

Ron McFarland teaches courses on literature and creative writing at the University of Idaho. He is the author or editor of more than a dozen books, including critical works on the villanelle and on Norman Maclean and David Wagoner.

"An intriguing look at the life and work of the noted Native American writer from Montana."—Seattle-Post Intelligencer

"A significant addition to the series and to the study of American Indian literature."—Choice