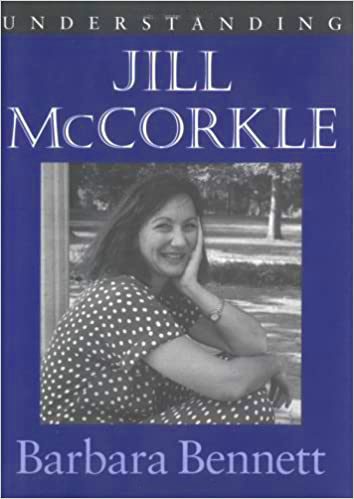 Understanding Jill McCorkle introduces readers to the novels and short story collections of Jill McCorkle's growing canon. Since 1984 McCorkle has written five novels, including The Cheer Leader and Carolina Moon, and two books of short stories—Crash Diet and Final Vinyl Days and Other Stories—entering the publishing world, as one reviewer noted, "with the literary equivalent of a rebel yell." Filling the gap of critical study on McCorkle, Barbara Bennett analyzes the widely read and admired output of this prolific southern woman writer. Bennett identifies and discusses the diverse characters, thematic concerns, and keen sense of language that distinguish McCorkle's work.

Bennett offers a brief overview of McCorkle's life, traces the influences on her work, and places her decisively in the "third generation" of twentieth-century southern writers. While noting McCorkle's links to such prominent southern women writers as Eudora Welty and Flannery O'Connor, Bennett explains how McCorkle's characterizations, attitude of affirmation, and references to popular culture distance her from her predecessors.

Bennett devotes individual chapters to each of McCorkle's novels and story collections. She discusses the themes that unify these diverse works, including the tension between independence and dependence, the imbuing presence of strength in femininity, the direct conflict between the nurturing of others and the preservation of self, and the opposition of purity and virginity to sexual freedom and expression. Bennett explores McCorkle's development of characters ranging from a young white girl approaching womanhood to a troubled middle-aged man reviewing his life's choices, from an elderly black woman on the verge of retirement to a young minister struggling with his career path. She finds that in such rich and varied voices, McCorkle crafts stories of a region no longer burdened by the past but now grappling with ordinary family problems.