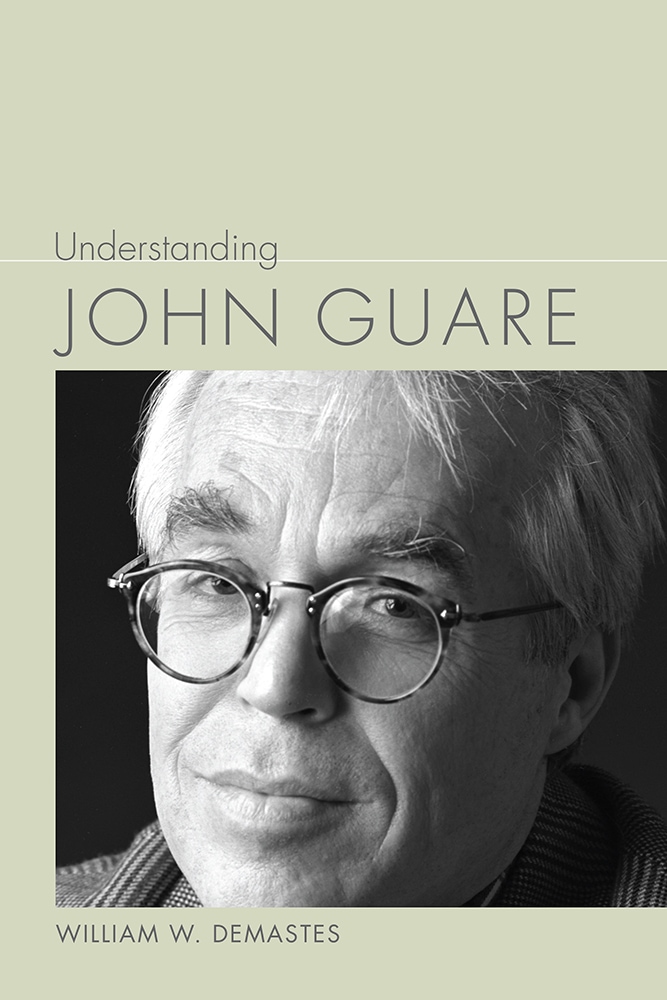 Often compared to his contemporaries Sam Shepard and David Mamet, who have distinctive voices tied to their mastery of realistic, idiomatic American English, Guare has a style that is perhaps more varied, Demastes speculates, the result of his formal training in theater. After earning a bachelor's degree from Georgetown University, Guare earned an M.F.A. from the Yale School of Drama. He then polished his theater craft in New York City during the exciting and turbulent 1960s, breaking from realist conventions and creating an unlikely blend of comedy, burlesque, stand-up comedy, and absurdly incongruous plotlines. The result has been a theater of surprise that is rich in stage action and experimentally invigorating.

Demastes examines Guare's tools and techniques such as mixing serious with comic, creating characters who break into song and dance, inserting stand-up comedy routines, and drawing from the most absurd incongruities of everyday life. In doing so, Guare has created plays about the best and worst of humanity, about lost souls, and about delusional ideals.


William W. Demastes, an Alumni Professor of English at Louisiana State University, Baton Rouge, has written extensively on modern drama, including the books Comedy Matters, Staging Consciousness, Theatre of Chaos, and Beyond Naturalism. Demastes is also the author of book-length studies of Tom Stoppard and Spalding Gray, and he currently edits the Best American Short Plays series.

"An exceptionally useful introduction to the challenging work of one of the most important playwrights of the last sixty years by the preeminent scholar of contemporary American drama. This concise book combines the production history of Guare's plays, musicals, and films, a biography of the writer, and instructive analysis of the works, while situating them in their social and historical context."—Christopher J. Wheatley, Catholic University of America

"From The House of Blue Leaves to A Free Man of Color, John Guare has been one of America's most prolific, original, and fearless playwrights. William Demastes's readable, comprehensive, informed, and informative survey of Guare's oeuvre is a treat, serving equally well as reminder of or introduction to the myriad, varied plays emerging from what one critic called 'Guare's exotic yet very American imagination."—Dorothy Chansky, Texas Tech University