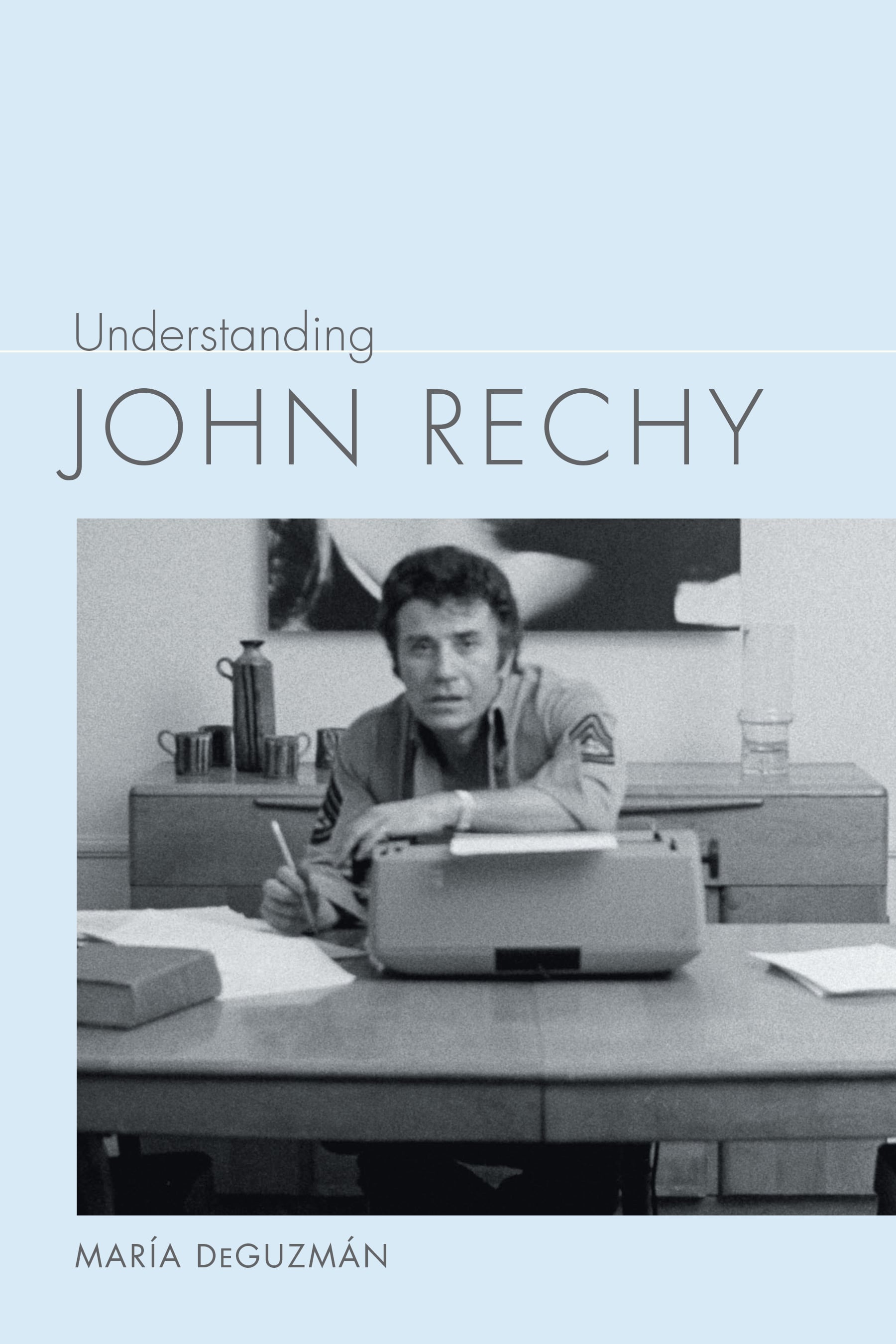 In this first book-length monograph on the Mexican American novelist, essayist, and playwright John Rechy, best known for his debut novel City of Night, María DeGuzmán offers a conceptually clear yet aesthetically, philosophically, and socio-politically fine-grained analysis of the spectrum of his writing. Recipient of PEN Center USA's Lifetime Achievement Award, a National Endowment for the Arts Grant, ONE Magazine's National Gay and Lesbian Cultural Hero Award, the William Whitehead Award for Lifetime Achievement, the Luis Leal Award for Excellence in Chicano/Latino Literature, and the Robert Kirsch Award for Lifetime Achievement, Rechy is the author of fifteen novels, at least three plays, and several volumes of nonfiction. He has written for the Nation, the New York Review of Books, the Los Angeles Times, the Village Voice, the New York Times, and Saturday Review.

In Understanding John Rechy, María DeGuzmán offers a brief biographical overview and then traces the development of Rechy's craft through his major works by calling attention to central issues, recurring situations and characters, styles, and special techniques. She examines the complexities of his representation of identity, the subjectivity in his male homosexual odyssey and identity quest novels, and his experimentation with genre. She offers a concise yet intricate analysis of the major organizing paradigms and themes, genres, modes, styles, and handling of the gay Chicano's oeuvre. The book's guiding analysis pays particular attention to the ways in which Rechy's works function as cultural critique challenging mainstream values in a deep-structure manner.

María DeGuzmán is a professor of English and comparative literature and founding director of the UNC Latina/o Studies Program at the University of North Carolina at Chapel Hill. She is the author of Spain's Long Shadow: The Black Legend, Off-Whiteness, and Anglo-American Empire and Buenas Noches, American Culture: Latina/o Aesthetics of Night, as well as many essays and articles on Latina/o cultural production.

"María DeGuzmán gives meaningful shape to John Rechy's irrepressible corpus. Her deft account situates the writer's synesthetic prose, his embrace of sexual and social outcasts within U.S. conformism, as well as his contribution to women-centered narratives and the Chicana feminist canon. DeGuzmán underscores Rechy's experimental methods given to transform experience into visionary novels, true fictions, and mixed-media memoirs into works imperative for understanding our nation in the present."—Roberto Tejada, University of Houston

"Understanding John Rechy is a breathtakingly comprehensive study of one of the most important writers of the twentieth century. DeGuzmán's book will quickly take its place as the primary authoritative study on Rechy's work, and it will unquestionably prove invaluable and enlightening to a wide array of readers."—Richard T. Rodríguez, University of California, Riverside