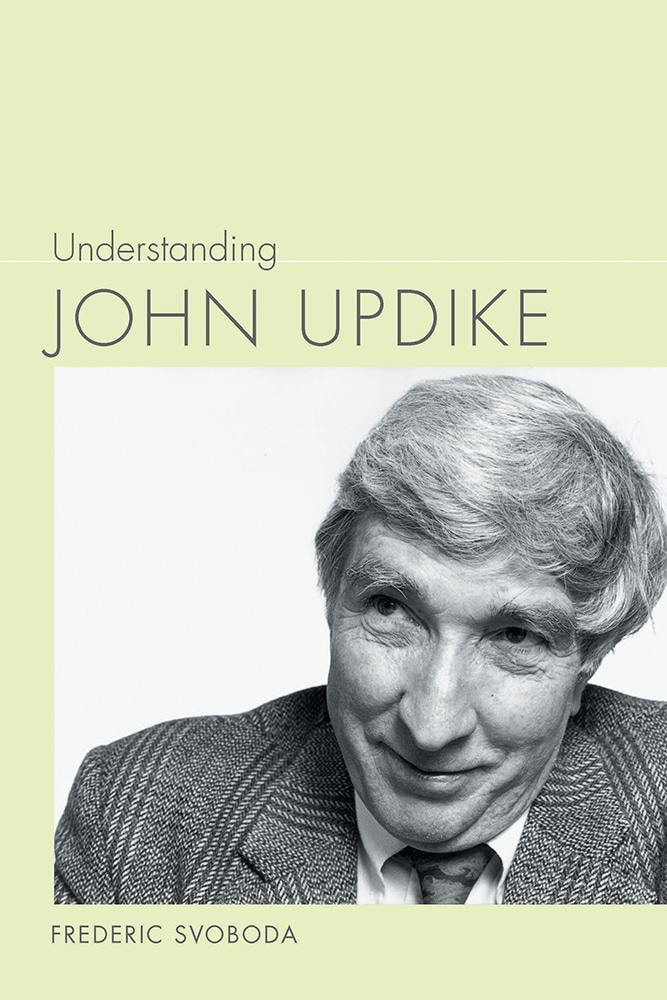 The winner of every major American literary prize, John Updike (1932-2009) was one of the most popular and prolific novelists of his time and a major cultural figure who traced the high point and fall of midcentury American self-confidence and energy. A superb stylist with sixty books to his credit, he brilliantly rendered the physical surfaces of the nation's life even as he revealed the intense longings beneath those surfaces. In Understanding John Updike, Frederic Svoboda elucidates the author's deep insights into the second half of the twentieth century as seen through the lives of ordinary men and women. He offers extended close readings of Updike's most significant works of fiction, templates through which his entire oeuvre may be understood.

A small-town Pennsylvanian whose prodigious talent took him to Harvard, a staff position at the New Yorker, and ultimately a life in suburban Massachusetts, where the pace of his literary output never slowed, Updike was very much in the American cultural tradition. His series of Rabbit Angstrom novels strongly echo Sinclair Lewis's earlier explorations of middle America, while The Witches of Eastwick and related novels are variations on Nathaniel Hawthorne's nineteenth-century classic The Scarlet Letter. His number-one best seller Couples examines what Time magazine called "the adulterous society" in the last year of the Kennedy administration, following the nation's fall from idealism into self-centeredness. Understanding John Updike will give both new readers and those already familiar with the author a firm grasp of his literary achievement. This outline of Updike's professional career highlights his importance in the life of the nation—not only as a novelist but also as a gifted essayist, reviewer, cultural critic, and poet.


Frederic Svoboda is a professor and former chair of the English Department and director of the Graduate Program in American Culture at the University of Michigan–Flint. He served two terms as a director and treasurer of the Ernest Hemingway Foundation and is the author or editor of several books. His most recent publication, coedited with Suzanne del Gizzo, is Hemingway's The Garden of Eden: Twenty-five Years of Criticism.

"Frederic Svoboda brings a fresh perspective to Updike studies, zeroing in on what's most important and managing what he intended: to provide 'not just an analysis but also an evocation of the pleasure of reading Updike.' This volume may be introductory, but there are insights here to delight even the most sophisticated Updike readers."—James Plath, R. Forrest Colwell Endowed Chair & Professor of English, Illinois Wesleyan University and president, the John Updike Society