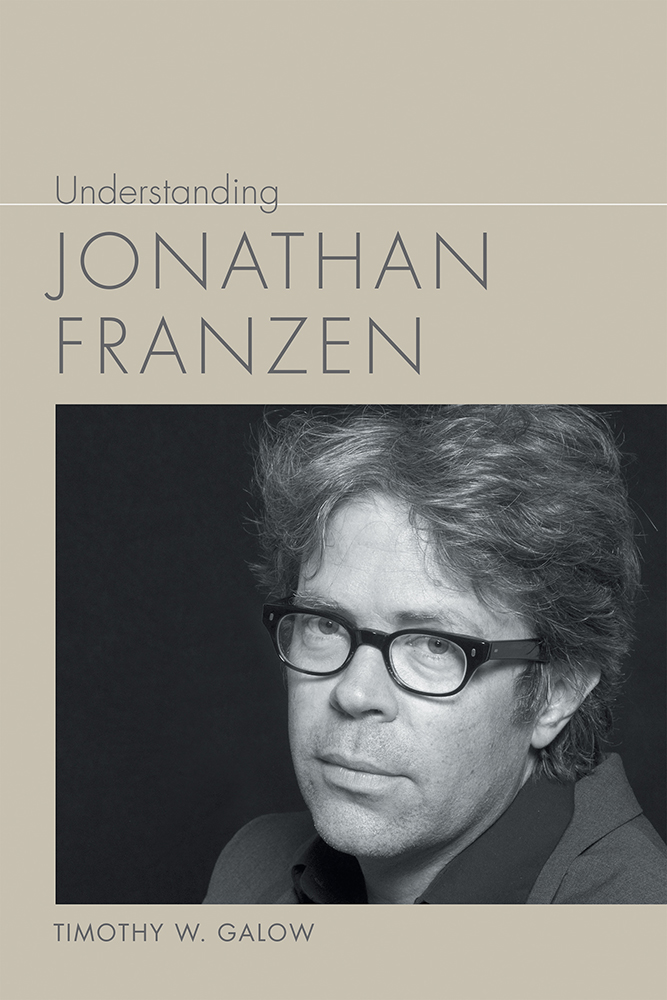 The first comprehensive study to address Franzen's work to date, including his latest novel, Crossroads

Jonathan Franzen—novelist and essayist—is a critical darling, commercial success, and magnet for controversy. His career took off with the publication of The Corrections (2000), which won a National Book Award and was nominated for the Pulitzer Prize. His follow-up, Freedom (2009), received so much attention that it started a debate over the politics of critical attention. Love him or hate him, Franzen has proven to be a crucial figure in twenty-first century American letters, and the publication of each new novel has been a major literary event.

In Understanding Jonathan Franzen, Timothy W. Galow studies Franzen's first five novels and surveys his most recent, Crossroads, which was published to much fanfare in 2021. He traces Franzen's work from its roots in late twentieth-century literary theory and experimental postmodernism through the socially conscious family novels for which the author is best known. This careful analysis provides a new lens for viewing each of the works and demonstrates why Franzen's stories of (white, bourgeois) American life have inspired and provoked readers for over two decades.


Timothy W. Galow is professor of English at Carroll University and has published widely on American literature, modern celebrity culture, film, and contemporary rhetoric. He is author of Understanding Dave Eggers.

"Perhaps no other contemporary American author elicits such pronounced responses as Franzen, but in this illuminating study, Timothy W. Galow accessibly and deftly argues for us to separate the public persona of Franzen from the complexity of his fiction. Focusing on the major novels of Franzen's career, Galow charts the layered and aesthetically nuanced work of a novelist fascinated by falsity, binaries, and changing socioeconomic patterns in American society."—Paul Gagliardi, Marquette University

"Understanding John Frazen is a road map for those who want to learn about Franzen's life and his highly controversial characters. Galow provides summaries and offers discussion of The 27th Century, Strong Motion, The Correction, Freedom, and Purity that question literary sterotpes and recurrent themes found in Franzen's novels. I have no doubt readers will be entertained by this must-read glimpse into Franzen and his life through Galow's detailed and entertaining story."—Dolores Greenawalt, Carroll University