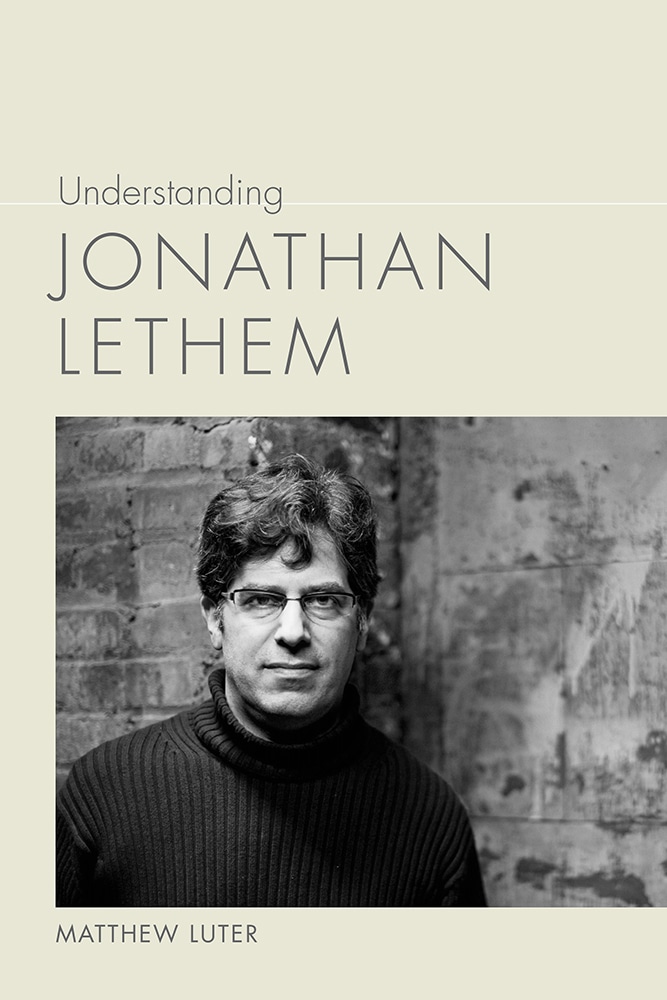 Understanding Jonathan Lethem is a study of the novels, short fiction, and nonfiction on a wide range of subjects in the arts by American novelist Jonathan Lethem, who is the recipient of the National Book Critics Circle Award for Fiction for Motherless Brooklyn, a MacArthur Foundation "genius" grant, and the Locus Award for Best First Novel for Gun, with Occasional Music. Matthew Luter explores the key contemporaries of and influences on Lethem, who is the Roy Edward Disney Professor of Creative Writing at Pomona College.

Luter begins this volume by explaining how Lethem's innovative and provocative essay on creative appropriation, "The Ecstasy of Influence," differs from other writing about influence, suggesting an artistic mode that celebrates thoughtful borrowing. Readings of Lethem's three major novels follow: taken together, Motherless Brooklyn, The Fortress of Solitude, and Chronic City present a novelist coming to terms with the joys and downsides of artistic influence. Luter concludes the edition with an examination of Lethem's third collection, Lucky Alan: And Other Stories.

Borrowing openly and promiscuously from earlier traditions both high and low (experimental fiction, comic books, art film, detective novels), Lethem displays a career-long interest in questioning what literary originality might mean in a postmodern age. Some suggest that such borrowings indicate a literary well that has run dry, making writers such as Lethem mere patchwork artists. Luter argues instead that Lethem's propensity for wearing his influences and obsessions on his sleeve encourages new thought about originality itself. Out with "it's all been done" and in with "look at all that's been done, and all that we can still do with it!"


Matthew Luter is on the English faculty at the Webb School of Knoxville in Tennessee. He has published articles on Don DeLillo, Ellen Douglas, Bret Easton Ellis, and Amiri Baraka, among others.