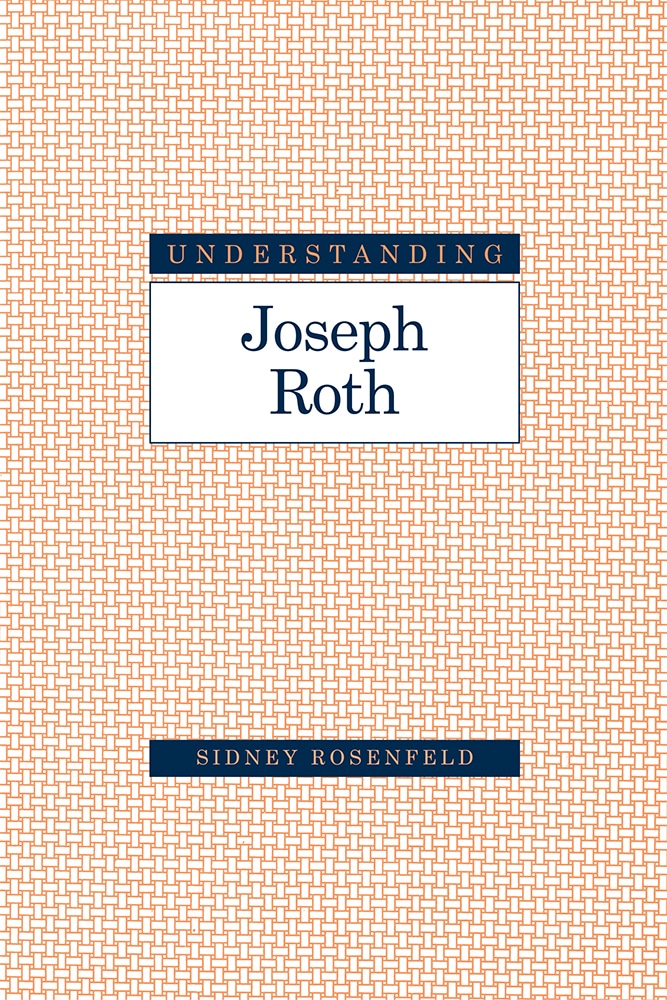 Unravels an internationally esteemed author's quest for a homeland

A writer described as a "Jew in search of a fatherland" and a "wanderer in flight toward a tragic end," the Austrian writer Joseph Roth (1894-1939) spent his life in pursuit of a national and cultural identity and his final years writing in fervent opposition to the Third Reich. In this introduction to Roth's novels, which include Job and The Radetzky March, Sidney Rosenfeld demonstrates how the experience of homelessness not only shaped Roth's life but also decisively defined his body of work. Rosenfeld suggests that more than any other component of Roth's varied fiction, his skillful portrayals of uprootedness and the search for home explain his international appeal, which has grown in recent decades with the translation of his works into English.

Rosenfeld examines Roth's obsession with the question of belonging, tracing it to his boyhood in the Slavic-Jewish Austrian Crown land of Galicia. Illustrating how Roth's quest determined his most typical themes and gave rise to the Jewish-Slavic melancholy that permeates his narratives, Rosenfeld includes readings of the early novels. Through this fiction Roth quickly established his reputation as a literary chronicler of both the final years of the Habsburg monarchy and the lost world of East European Jewry.

Rosenfeld describes Roth's flight from Berlin upon Hitler's ascent to power in January 1933, and his precarious existence as an exile. While copies of Roth's works went up in flames in Nazi book burnings, the novelist moved from one European city to another, living in hotels and writing at café tables. From the time of his exile until his death in Paris just months before the outbreak of the Second World War, Roth produced six novels, as well as shorter works of fiction and a steady flow of journalism denouncing the Third Reich. Rosenfeld's critical readings of the novels written during Roth's exile connect them with the novelist's prescient estimate of Hitler's intentions and his own longing for a sovereign Austria.


Sidney Rosenfeld is professor emeritus of German at Oberlin College in Oberlin, Ohio, where he taught from 1963 to 1999. Rosenfeld holds a Ph.D. from the University of Illinois–Urbana. In addition to publishing articles on Joseph Roth, Jean Améry, Alfred Polgar, Karl Kraus, and Elias Canetti, he has translated, with his wife, Stella P. Rosenfeld, Améry's At the Mind's Limits and Radical Humanism, in addition to the memoir collection Jewish Life in Germany.

"Rosenfeld explores the causes of Roth's apartness and alienation from society, his feelings of nonidentity, and the inner conflicts that led to his premature death—and in the process, he brings the reader ever closer to this remarkable writer without a homeland."—Choice

"The editor of the series Understanding European and Latin American Literature, which I consider an excellent autodidactic course in comparative literature has wisely included Joseph Roth, whose genius has hardly been recognized until now, over twenty years after his death. Rosenfeld includes not only synopses of Roth's numerous works but also a valuable biographical list, a nearly exhaustive bibliography, and a brilliant epilogue dealing with the enigma of Roth's ambivalent attitude toward his Galician/Jewish background and his patriotism-engendered attraction to Catholicism. Add to all this some profound insights of literary criticism, for which readers should be duly thankful."—Robert Schwarz, World Literature Today