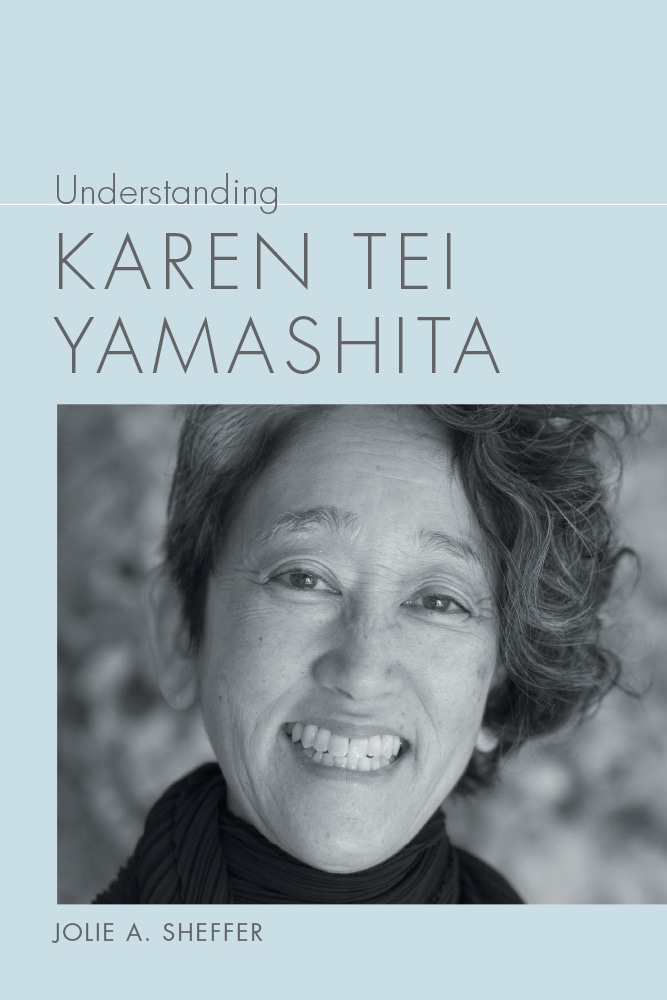 Among the most trenchant and provocative writers of globalization, Karen Tei Yamashita is one of the most significant, ambitious, and widely taught Asian American writers today. In four genre-bending novels, a short story collection/travel essay collage, a family memoir, and more than a dozen performance/theater works, Yamashita weaves together postmodernism, magical realism, history, social protest, and a wicked sense of humor.

Her fictions challenge familiar literary tropes, especially those expected of "multicultural writers," such as the now-clichéd conflict between first-generation immigrants and their American-born children. Instead her canvas is global, conjuring the unexpected intimacies and distances created by international capitalism, as people and goods traverse continents in asymmetrical circuits. Highlighting the connections between neoliberal economic policies, environmental devastation and climate change, anti-immigrant rhetoric, urban gentrification, and other issues that disproportionately affect historically underinvested and minority communities, Yamashita brings a uniquely transnational perspective to her portrayal of distinctly American preoccupations.

Sheffer gives readers a concise introduction to Yamashita's life, provides lucid analysis of key motifs, and synthesizes major research on her work. Each chapter offers, in accessible prose, original interpretations of essential works and stages in her career: her Brazil-Japan migration trilogy comprising Brazil-Maru, Through the Arc of the Rain Forest, and Circle K Cycles; the magical realist revision of the Los Angeles riots in Tropic of Orange; her historical magnum opus about Asian American activism in the long 1960s, I Hotel; her understudied theatrical and performance works collected in Anime Wong; and her recent familial memoir about Japanese American internment during World War II, Letters to Memory. In short the volume serves as both a lucid introduction to a challenging author and a valuable resource for students and scholars.


Jolie A. Sheffer is an associate professor of English and American culture studies and director of the Institute for the Study of Culture and Society at Bowling Green State University. She is the author of The Romance of Race: Incest, Miscegenation, and Multiculturalism in the United States, 1880–1930. Sheffer's work has appeared in several anthologies and in journals including MELUS, the Journal of Asian American Studies, College Literature, and Pedagogy.

"An excellent, richly illuminating introduction to a writer of capacious imagination, dazzling aesthetic experimentation, and profound commitments—humane, political, and ecological. Jolie Sheffer's short book will help readers find their footing on Yamashita's globe, through admirably clear prose alive in every moment to the complexity of her multifaceted, tragicomic vision."—Caroline Rody, University of Virginia