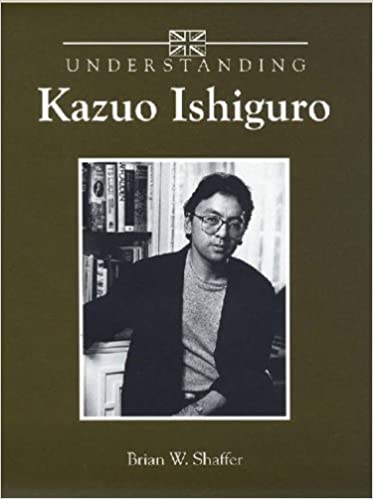 One of the most closely followed British writers of his generation, the Japanese-born, English-raised and -educated Ishiguro is the author of six critically acclaimed novels, including A Pale View of Hills (1982, Winifred Holtby Prize of the Royal Society of Literature), An Artist of the Floating World (1986, Whitbread Book of the Year Award), The Remains of the Day (1988, Booker Prize), and The Unconsoled (1995, Cheltenham Prize). Ishiguro's reputation also extends beyond the world of English-language readers. His work has been translated into twenty-seven foreign languages, and the feature film version of The Remains of the Day was nominated for eight Academy Awards.

Brian W. Shaffer's study reveals Ishiguro's novels to be intricately crafted, psychologically absorbing, hauntingly evocative works that betray the author's grounding not only in the literature of Japan but also in the great twentieth-century British and Irish masters—Joseph Conrad, Ford Madox Ford, E. M. Forster, and James Joyce—as well as in Freudian psychoanalysis. All of Ishiguro's novels are shown to capture first-person narrators in the intriguing act of revealing—yet also of attempting to conceal beneath the surface of their mundane present activities—the alarming significance and troubling consequences of their past lives.


Brian W. Shaffer is a professor of English and dean of Academic Affairs for Faculty Development at Rhodes College in Memphis, Tennessee, and the author of The Blinding Torch: Modern British Fiction and the Discourse of Civilization and Reading the Novel in English 1950–2000.