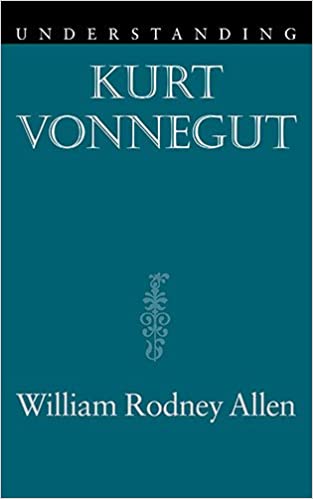 Understanding Kurt Vonnegut is a critical analysis of Vonnegut's fiction as a point of entrance for students and general readers alike. In close readings of Vonnegut's novels, William Rodney Allen examines the distinctive stylistic, thematic, and formally innovative elements that earned Vonnegut (1922-2007) a mass following, especially among young readers, as well as critical respect among scholars.

William Rodney Allen teaches English at the Louisiana School for Math, Science, and the Arts in Natchitoches. His other books include Walker Percy: A Southern Wayfarer, Conversations with Kurt Vonnegut, and The Coen Brothers: Interviews.

"Understanding Kurt Vonnegut is a welcome addition to the growing body of critical work on Vonnegut."—Utopian Studies

"As both literary critic and academic, Allen cuts through the clarity and the humor, the deceptively simple and the downright silly, to offer a careful. . . analysis of Vonnegut the serious artist."—Small Press

"Allen centers on the author's most experimental period, reading Mother Night as a tautly structured and tightly focused narrative confession, Cat's Cradle as an exuberant test of such limits, God Bless You, Mr. Rosewater as a significant shift to realism, and Slaughterhouse-Five as a masterful transposition of time and space. Among the later works, Allen prefers Jailbird and Bluebeard for their apt renderings of important cultural, social, and political issues."—American Literary Scholarship