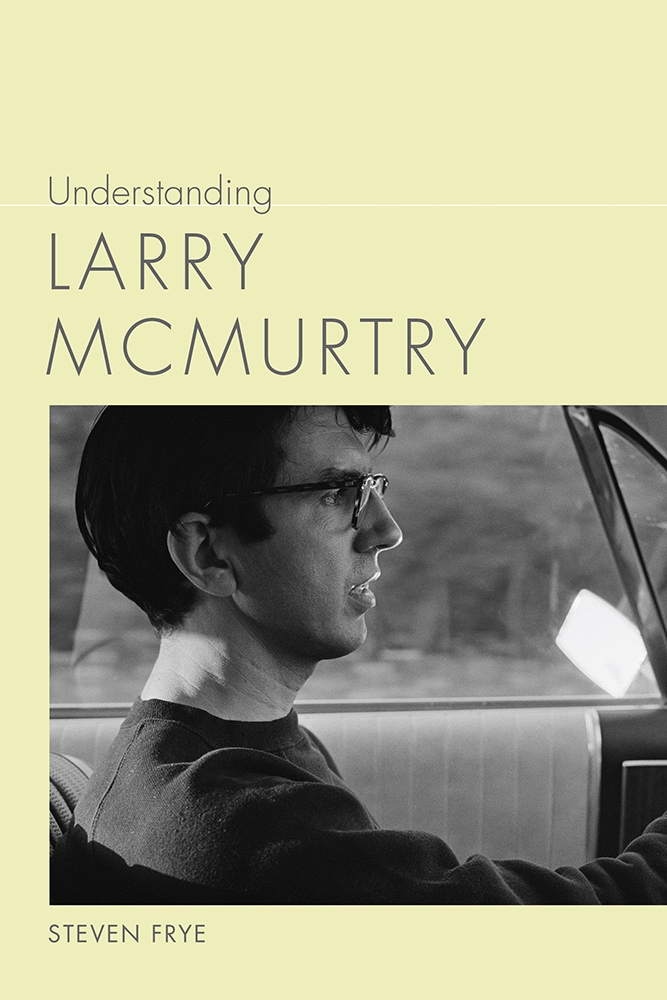 Best known for his Pulitzer Prize-winning novel Lonesome Dove and his Academy Award-winning screenplay for Brokeback Mountain, Larry McMurtry is the author of twenty-nine novels, three memoirs, two collections of essays, and more than thirty screenplays. In Understanding Larry McMurtry, Steven Frye considers a broad range of McMurtry's most important novels and offers detailed textual analyses of works such as Horseman, Pass By, The Last Picture Show, Moving On, and Lonesome Dove to reveal the manner in which McMurtry engages the human condition.

Characters are at the heart of McMurtry's fiction, whether they are nineteenth- or twentieth-century ranchers, modern rodeo men, or women grappling with the angst and confusion of life in the suburbs of Houston. He has created characters rich in texture, such as Augustus McCrae and Woodrow Call, not only to encourage an understanding of the persistent force of American mythology but also to transcend type so that they emerge as quintessentially human figures grappling with circumstances beyond their control.

McMurtry portrays with depth and insight the conundrums of the modern moment and its relation to heritage, and he deals as well with the intensities of the human mind as it negotiates with a complex and sometimes indifferent world. In Understanding Larry McMurtry, Frye offers a comprehensive treatment of one of the most important living authors, one who has emerged as a central figure in a rich and compelling contemporary canon.


Steven Frye is a professor of American literature at California State University, Bakersfield. He is the author of Historiography and Narrative Design in the American Romance and Understanding Cormac McCarthy, published by the University of South Carolina Press, and editor of The Cambridge Companion to the Literature of the American West and The Cambridge Companion to Cormac McCarthy.

"Larry McMurtry's cultural achievements finally receive their due attention in this timely and masterful study. Tracing the vital contributions of this bestselling and awarding-winning western storyteller, Frye provides a lively re-assessment of a key American voice. This is essential reading for scholars and fans of Western literature, film, and television."—Susan Kollin, Letters and Science Distinguished Professor, Montana State University