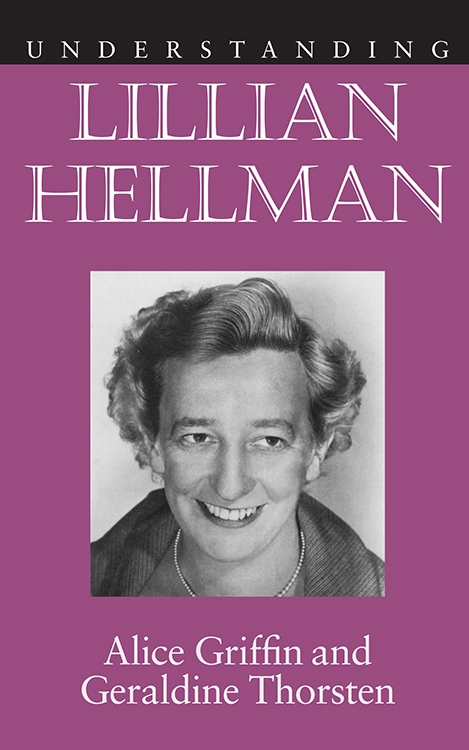 In this perceptive study of the literary career of Lillian Hellman (1905-1984), Alice Griffin and Geraldine Thorsten provide a balanced, in-depth examination of the major works of one of America's preeminent playwrights and memoirists. In the thirties, when Hellman's theater career began, George Jean Nathan, the dean of theater critics, suggested that although Hellman was the country's foremost playwright, she would never equal a man. Correcting the badly skewed evaluations that such bias fostered, Griffin and Thorsten give Hellman's plays fresh critical assessments as they analyze her rarely acknowledged dramatic gifts for humor, irony, satire, and strong narrative line and dialogue, as well as her concern for moral issues. They also credit Hellman's memoirs with introducing innovations in free association, elliptical time, and symbolism to the genre. Griffin and Thorsten demonstrate that Hellman's distinctive voice influenced other major playwrights—including Arthur Miller and Tennessee Williams—and inspired a younger generation of women writers. Hellman's most enduring contribution, Griffin and Thorsten suggest, has been her faithful chronicle of the American woman's evolving role in modern society over the eight-decade span of Hellman's life.

Alice Griffin is a professor emerita and former director of graduate studies in English at Lehman College of the City University of New York. She is the author of Rebels and Lovers: Shakespeare's Young Heroes and Heroines, Understanding Tennessee Williams, Understanding Arthur Miller, and Shakespeare's Women in Love.

Geraldine Thorsten retired, taught English and Women's Studies at Lehman College of the City University of New York. Her previous books are God Herself and The Goddess in Your Stars.

"A concise overview of Hellman's career and major works in language and approach that is easily accessible. . . . The chapters on the memoirs are unfailingly interesting."—Theatre Research International

"Lucid, up-to-date resource on the career and writings of Lillian Hellman. . . . Clearly up to the standards already established in the Understanding Contemporary American Literature series, which offers balanced and in-depth examinations of important U.S. writers."—Choice

"Lillian Hellman is called a melodramatic playwright and a self-serving memoirist. This book lifts the tone to a level where the breezes blow more thoughtfully, and we see that the plays are richly layered and the memoirs no more self-serving than anybody else's, and in ways less so."—Austin Pendleton, actor and director

"An authoritative and concise treatment of Hellman's life and career. An indispensible guide for both scholars and students, which draws perceptively on recent scholarship in lucid, fair-minded analyses."—Carl Rollyson, author of Lillian Hellman: Her Life and Legend and Female Icons: Marilyn Monroe to Susan Sontag