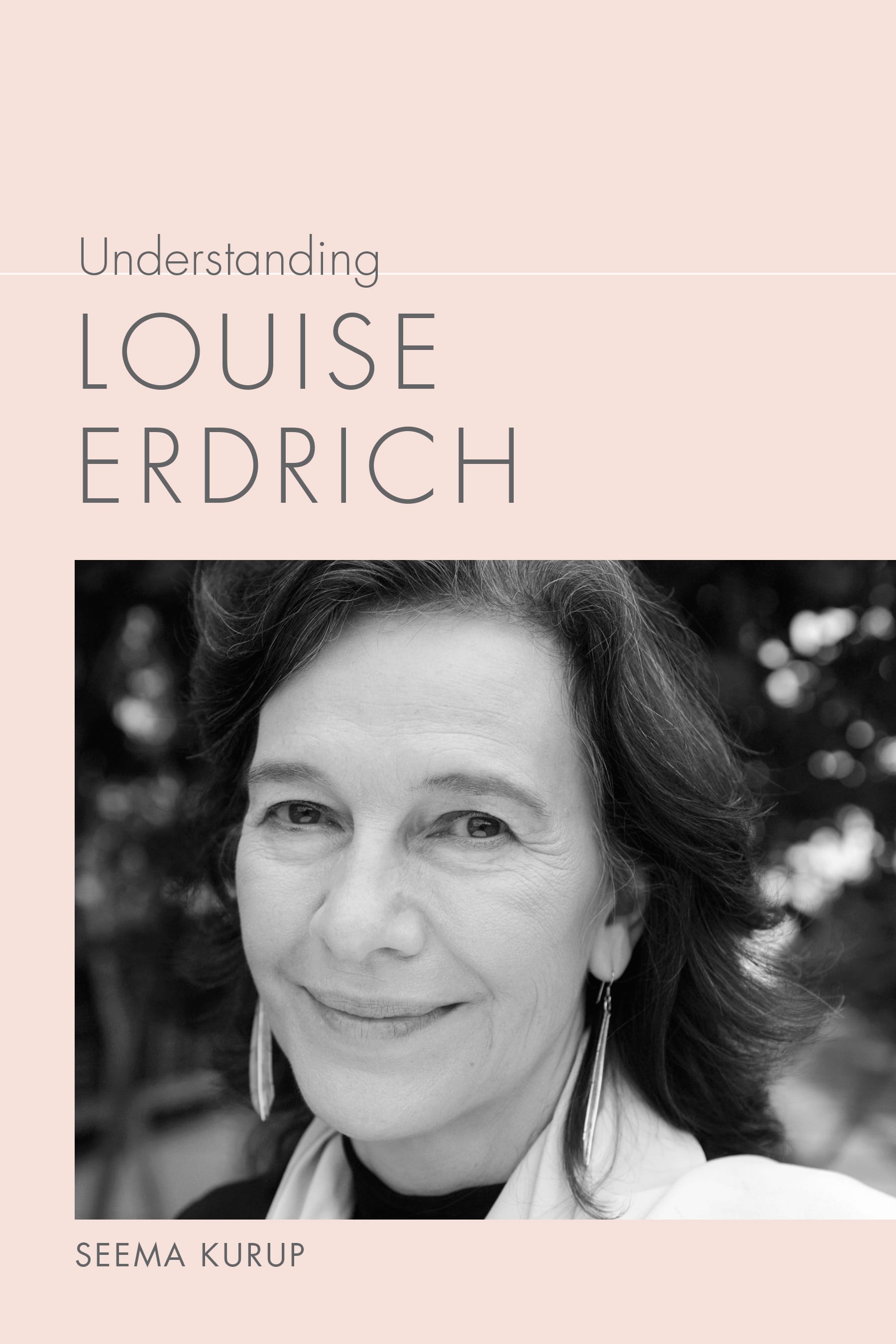 In Understanding Louise Erdrich, Seema Kurup offers a comprehensive analysis of this critically acclaimed Native American novelist whose work stands as a testament to the struggle of the Ojibwe people to survive colonization and contemporary reservation life. Kurup traces in Erdrich's oeuvre the theme of colonization, both historical and cultural, and its lasting effects, starting with the various novels of the Love Medicine epic, the National Book Award-winning The Round House, The Birchbark House series of children's literature, the memoirs The Blue Jays Dance and Books and Island in Ojibwe Country, and selected poetry.

Kurup elucidates Erdrich's historical context, thematic concerns, and literary strategies through close readings, offering an introductory approach to Erdrich and revealing several entry points for further investigation. Kurup asserts that Erdrich's writing has emerged not out of a postcolonial identity but from the ongoing condition of colonization faced by Native Americans in the United States, which is manifested in the very real and contemporary struggle for sovereignty and basic civil rights. Exploring the ways in which Erdrich moves effortlessly from trickster humor to searing pathos and from the personal to the political, Kurup takes up the complex issues of cultural identity, assimilation, and community in Erdrich's writing. Kurup shows that Erdrich offers readers poignant and complex portraits of Native American lives in vibrant, three-dimensional, and poetic prose while simultaneously bearing witness to the abiding strength and grace of the Ojibwe people and their presence and participation in the history of the United States.

"Kurup impressively foregrounds connections across Erdrich's oeuvre, arguing that she has "created a literature of place" (6) imbued with the traumatic legacies of settler colonialism and the memories of the Ojibew."—NAIS

"Understanding Louise Erdrich offers a rare and thoughtful view inside the motivations of Native America's most accomplished writer. Kurup's analysis of Louise Erdrich's culture, identity, and intellect will enrich the study of her work for years to come."—Anton Treuer, author of Everything You Wanted to Know about Indians but Were Afraid to Ask

"Seema Kurup frames the work of Louise Erdrich within the context of the Ojibwe experience, yet simultaneously conveys its archetypal significance. By neatly delineating Erdrich's pressing themes and providing concrete analysis of her use of such literary techniques as alternating point-of-view, symbolism, and metaphor, this engaging critical study offers Erdrich's readers clear inroads to a deeper understanding, not only of her expansive oeuvre, but of American literature, history, and culture."—John Cusatis, author of Understanding Colum McCann