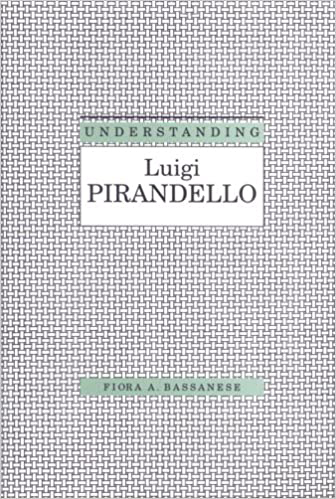 The fictional universe of a prototypical modernist

In this introduction to the life and literary contributions of a Nobel Prize winner and one of Italy's most distinguished writers, Fiora A. Bassanese surveys the stories, novels, and plays of Luigi Pirandello and evaluates the significance of his influence on twentieth-century literature. She traces his artistic development from his early roots in Sicilian provincialism and positivist thought to his attainment of international fame as an innovative dramatist and thought-provoking narrator. Bassanese contends that his works helped to bring an end to nineteenth-century optimism. They transformed Italian theater and fiction by catapulting both into the modern era.

Fiora A. Bassanese is associate professor of Italian at the University of Massachusetts-Boston. She is author of Gaspara Stampa and of scholarly articles on twentieth-century writers and feminist issues in modern and Renaissance literature.