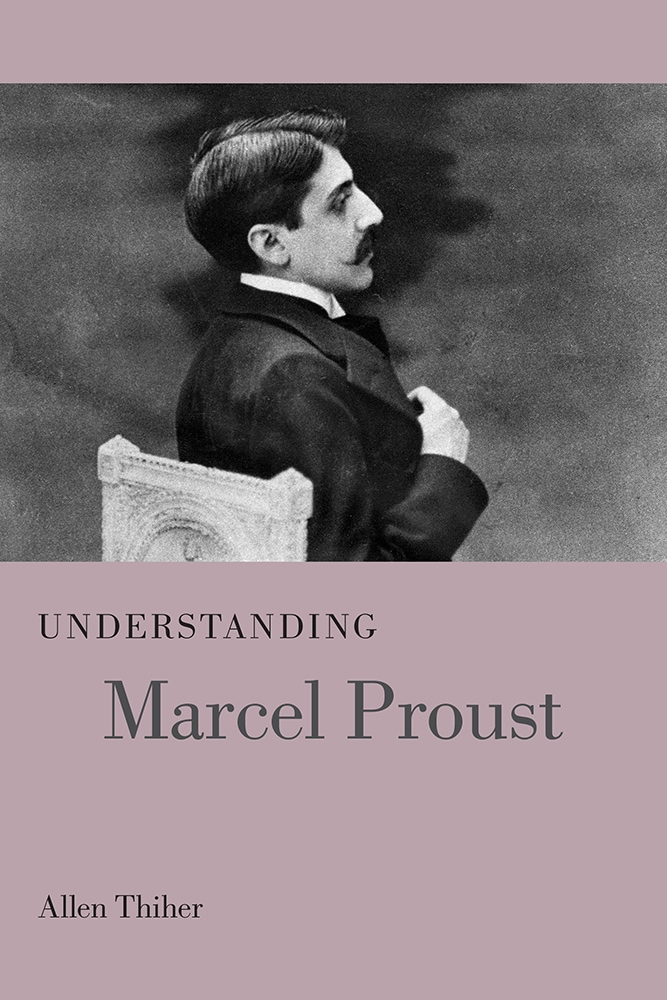 Understanding Marcel Proust includes an overview of Marcel Proust's development as a writer, addressing both works published and unpublished in his lifetime, and then offers an in-depth interpretation of Proust's major novel, In Search of Lost Time, relating it to the Western literary tradition while also demonstrating its radical newness as a narrative.

In his introduction Allen Thiher outlines Proust's development in the context of the political and artistic life of the Third Republic, arguing that everything Proust wrote before In Search of Lost Time was an experiment in sorting out whether he wanted to be a writer of critical theory or of fiction. Ultimately, Thiher observes, all these experiments had a role in the elaboration of the novel. Proust became both theorist and fiction writer by creating a bildungsroman narrating a writer's education.

What is perhaps most original about Thiher's interpretation, however, is his demonstration that Proust removed his aged narrator from the novel's temporal flow to achieve a kind of fictional transcendence. Proust never situates his narrator in historical time, which allows him to demonstrate concretely what he sees as the function of art: the truth of the absolute particular removed from time's determinations. The artist that the narrator hopes to become at the end of the novel must pursue his own individual truths—those in fact that the novel has narrated, for him and the reader, up to the novel's conclusion.

Written in a language accessible to upper-level undergraduates as well as literate general readers, Understanding Marcel Proust simultaneously addresses a scholarly public aware of the critical arguments that Proust's work has generated. Thiher's study should make Proust's In Search of Lost Time more widely accessible by explicating its structure and themes.


Allen Thiher is a Curators' Professor of French Emeritus at the University of Missouri–Columbia and a fellow at Clare Hall, Cambridge University. Thiher's books include studies of Céline, Queneau, Kafka, Musil, and French cinema as well as books on literary theory and science and literature. He currently lives in retirement in Sofia, Bulgaria.

"Allen Thiher's book, Understanding Marcel Proust, provides an excellent introduction to the life and works of Marcel Proust, especially to his masterpiece, In Search of Lost Time. Thiher, whose study is well researched and written in lucid prose, proves to be an engaging and highly competent guide."—William C. Carter, professor emeritus of French at the University of Alabama at Birmingham