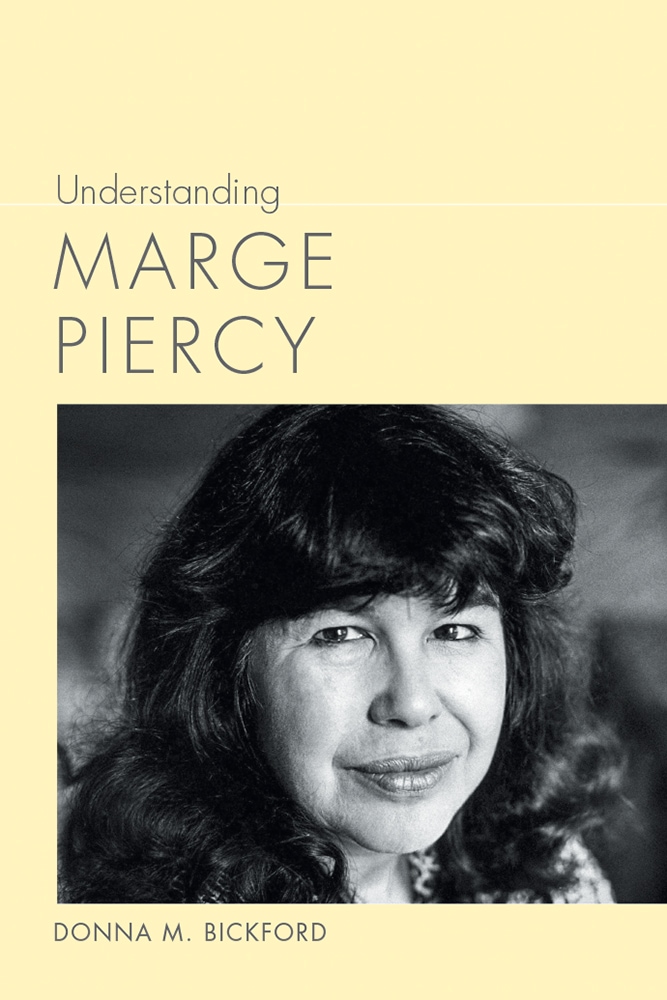 An examination of form and theme in Piercy's acclaimed poetry, fiction, and nonfiction

Grounded in feminism, political activism, and Jewish spirituality, Marge Piercy's work includes more than thirty volumes of poetry, as well as fiction written over nearly five decades. Her poetry fuses political, domestic, and autobiographical spheres with imagery drawn from nature, sensual and dream memories, and Jewish mysticism. Exploring the choices people make and how their decisions are shaped by a multitude of factors, her novels include personal and family histories, societal belief systems, and social circumstances. Piercy's works of poetry have received the Golden Rose Award, May Sarton Award, Barbara Bradley Award, and Paterson Prize, and her fiction has been recognized with the Sheaffer-PEN/New England Award and Arthur C. Clarke Award.

Donna M. Bickford offers a brief biographical sketch of Piercy and a discussion of the major themes revealed in her essays and nonfiction. Bickford then treats Piercy's novels in four broadly thematic and chronological groups: the early coming-of-age novels (Small Changes, Vida, and Braided Lives), the historical novels (Gone to Soldiers and Sex Wars), the utopian/dystopian novels (Women on the Edge of Time and He, She and It), and the domestic novels (Fly Away Home and The Longings of Women). Bickford also explores Piercy's poetry and discusses her forms and themes while engaging some of her observations about the practice of writing.


Donna M. Bickford is the director of the Women's and Gender Resource Center at Dickinson College, and she teaches in the Women's, Gender, and Sexuality Studies Department. Her work has been published in the edited collection Staging Women's Lives in Academia: Gendered Life Stages in Language and Literature Workplaces and in Education, Citizenship and Social Justice; Journal of International Women's Studies; Clues: A Journal of Detection, and Meridians.

"I applaud Bickford's solid, responsible effort to alert both general and scholarly readers to the work of this major and (I agree) undervalued literary and feminist voice. If people read more Marge Piercy, they would say fewer silly things about the so-called 'second wave.' This book should help."—Meryl Altman, DePauw University

"Forged in a crucible of activism and struggle of the 1960s and 1970s, Marge Piercy's fiery fiction and poetry spring to life under Donna Bickford's astute critical lens. Essential reading for women's studies scholars and Piercy fans who appreciate this under-read author's aesthetics of the political. Writing about reproductive rights, homelessness, war, and social justice, Marge Piercy is more pertinent today than ever. Bickford's thoughtful and well-researched cultural and critical analysis shows us why."—Minrose Gwin, author of Promise: A Novel

"In Understanding Marge Piercy, Donna M. Bickford adeptly traverses Piercy's career grounding Piercy's writings in the context of United States feminist movement and history. In doing so, Bickford reveals how Piercy's work rejects simple classifications as her writings delve into contemporary American experience and the complexities of power, identity, and privilege in all its forms, while also advocating for social change."—Jeannette E. Riley, University of Rhode Island