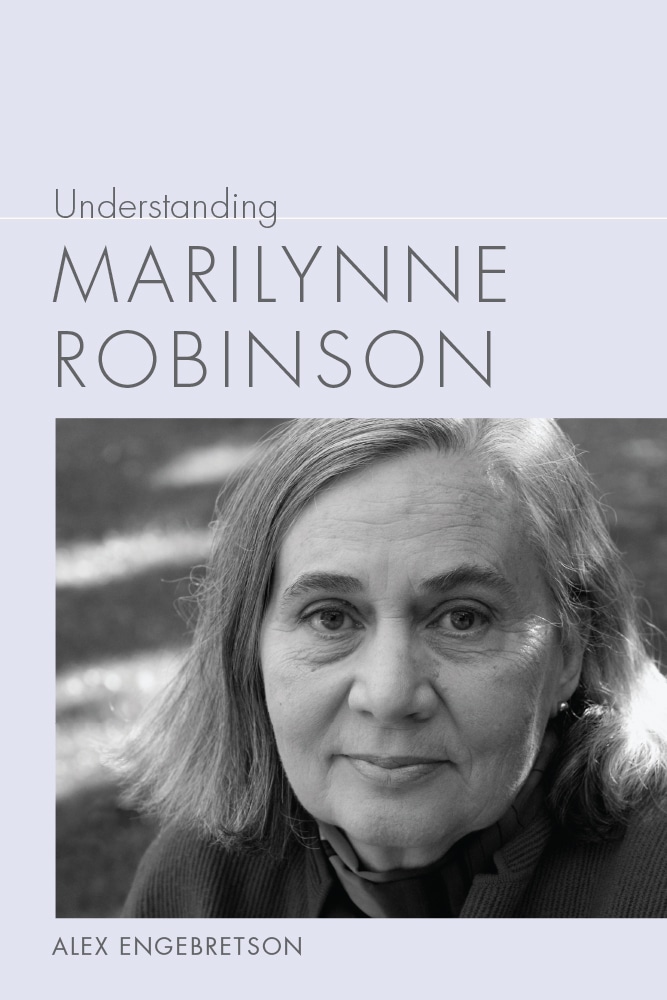 Alex Engebretson offers the first comprehensive study of Marilynne Robinson's fiction and essays to date, providing an overview of the author's life, themes, and literary and religious influences. Understanding Marilynne Robinson examines this author of three highly acclaimed novels and recipient of the National Book Critics Circle Award for fiction, the Pulitzer Prize for fiction, the Orange Prize for fiction, and the National Humanities Medal. Through close readings of the novels and essay collections, Engebretson uncovers the unifying elements of Robinson's work: a dialogue with liberal Protestantism, an emphasis on regional settings, the marked influence of nineteenth-century American literature, and the theme of home.

The study begins with Housekeeping, Robinson's haunting debut novel, which undertakes a feminist revision of the Western genre. Twenty-four years later Robinson began a literary project that would bring her national recognition, three novels set in a small, rural Iowa town. The first was Gilead, which took up the major American themes of race, the legacy of the Civil War, and the tensions between secular and religious lives. Two more Gilead novels followed, Home and Lila, both of which display Robinson's gift for capturing the mysterious dynamics of sin and grace.

In Understanding Marilynne Robinson, Engebretson also reviews her substantial body of non-fiction, which demonstrates a dazzling intellectual range, from the contemporary science-religion debates, to Shakespeare, to the fate of liberal democracy. Throughout this study Engebretson makes the argument for Marilynne Robinson as an essential, deeply unfashionable, visionary presence within today's literary scene.

"Smart and well-researched, Understanding Marilynne Robinson is an indispensable aid for appreciating Robinson's work and thought. Engebretson gives us a deep dive into the numinous ordinary of Robinson's everyday world, illuminating the theological and philosophical traditions behind her four novels and prolific nonfiction. I learned a lot."—Christopher Douglas, author of If God Meant to Interfere: American Literature and the Rise of the Christian Right

"Anyone who wants to understand the intellectual and theological wellsprings of Marilyn Robinson's work stands to learn a great deal from this terrific book. Fans of her fiction will be astonished by the depth and range of Engebretson's characteristically astute analysis."—Mark Eaton, Azusa Pacific University