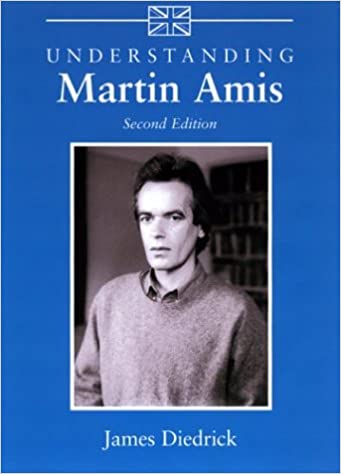 A compelling analysis of a highly acclaimed and controversial British author

Understanding Martin Amis is a comprehensive reader's guide to the novels, short stories, and nonfiction written by one of Britain's most highly acclaimed and controversial authors. Building on the first edition, published in 1995, James Diedrick draws on personal interviews, reviews, and criticism, as he maps the distinctive features of Martin Amis's imaginative landscape—the sociosexual satire of Money and Yellow Dog, the bold experimentation of Time's Arrow and Night Train, and the provocative blend of autobiography and cultural analysis in Experience and Koba the Dread. Diedrick illustrates how Amis has reshaped the British literary landscape, expanding the stylistic and thematic range of fiction while creating forms adequate to the unsettling experience of postmodernity.

Diedrick also analyzes an increasing cultural conservatism in Amis's work, rooted in Amis's relationship with his father, the novelist Kingsley Amis. During the first two decades of his career, the younger Amis consistently opposed his father's political and aesthetic conservatism. But his opposition has given way in recent years to frequent expressions of political and literary solidarity. Diedrick shows how this filial relationship continues to shape the son's social outlook and his career as a writer.

Diedrick also identifies two complementary impulses in Amis's work. The first is journalistic and satirical, expressed in an incisive wit aimed at contemporary social realities. The second is aesthetic, manifesting a love of verbal play and formal experimentation that finds its major inspiration in Vladimir Nabokov. Besides analyzing the ways Amis's fiction forges the topical into the literary, Diedrick argues for the importance of Amis's considerable journalistic oeuvre and provides close readings of his nonfiction collections, The Moronic Inferno, Visiting Mrs. Nabokov, and The War Against Cliché, as well as his uncollected essays and reviews. Understanding Martin Amis gives students, scholars, and admirers of the British writer an overview of the characteristics that distinguish his work.


James Diedrick is the Howard L. McGregor Professor of the Humanities at Albion College, where he specializes in British fiction. He collaborated with Martin Amis in compiling and editing Amis's nonfiction collection The War Against Cliché: Essays and Reviews, 1971–2000, which won the 2002 National Book Critics Circle Award for criticism. The coeditor of Depth of Field: Stanley Kubrick and the Uses of History, Diedrick lives in Albion, Michigan.