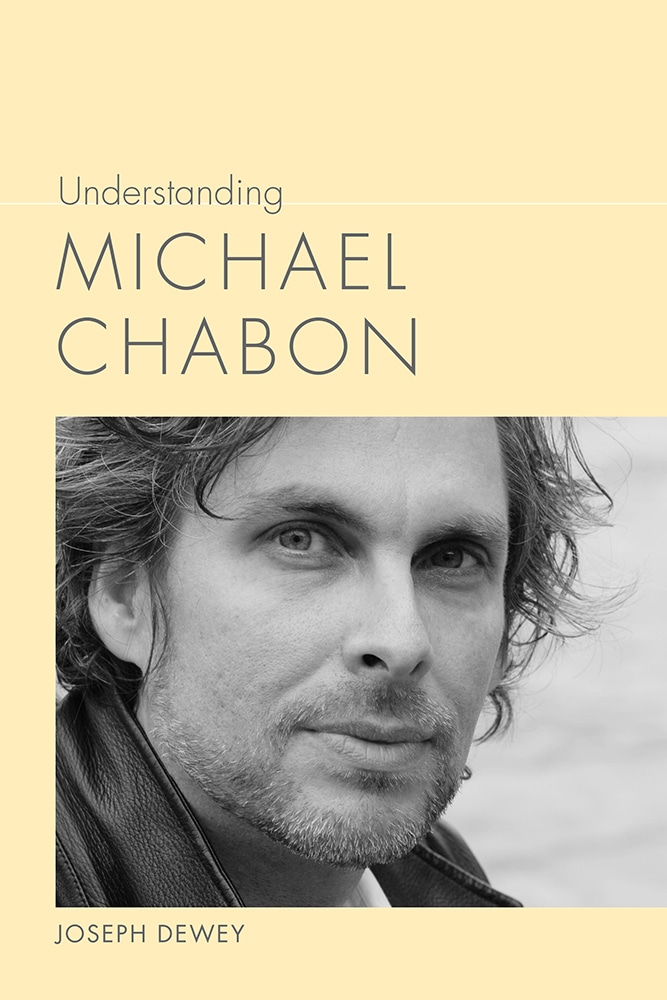 Pulitzer Prize-winning author Michael Chabon has emerged as one of the most daring writers of American fiction in the post-Pynchon era. Joseph Dewey examines how Chabon's narratives have sought to bring together the defining elements of the two principal expressions of the American narrative that his generation inherited: the formal extravagances of postmodernism and the compelling storytelling of psychological realism.

Like the audacious, self-conscious excesses of Pynchon and his postmodern disciples, Dewey argues, Chabon's fictions are extravagant, often ironic, experiments into form animated by dense verbal and linguistic energy. As with the probing texts of psychological realism by Updike and his faithful, Chabon's fictions center on keenly drawn, recognizable characters caught up in familiar, heartbreaking dilemmas; enthralling storylines compelled by suspense, enriched with suggestive symbols; and humane themes about love and death, work and family, and sexuality and religion.

Evolving over three decades, this hybrid fiction has made Chabon not only one of the most widely read composers of serious fiction of his guild but one of the most critically respected writers as well, thus positioning Chabon as a representative voice of the generation. Dewey's study, the first to examine the full breadth of Chabon's fiction from his landmark debut novel, The Mysteries of Pittsburgh, to his controversial 2012 best seller, Telegraph Avenue, places Chabon's fictional sensibility, for all its hipness, within what has been the defining theme of American literature since the provocative romances of Hawthorne and Melville: the anxious tension between escape and engagement; between the sweet, centripetal pull of the redemptive imagination as a splendid, if imperfect, engine of retreat and the harsh, centrifugal pull of real life itself, recklessly deformed by the crude handiwork of surprise and chance and unable to coax even the simplest appearance of logic.


Joseph Dewey is an associate professor of contemporary American literature for the University of Pittsburgh at Johnstown. He has authored In a Dark Time: The Apocalyptic Temper of the American Novel in the Nuclear Age, Novels from Reagan's America: A New Realism, Understanding Richard Powers, and Beyond Grief and Nothing: A Reading of Don DeLillo. Dewey has also edited casebooks on Henry James, Don DeLillo, and J. D. Salinger.

"Joseph Dewey's shrewd analyses and crystalline prose will reveal new insights to even veteran readers of Michael Chabon's work. I know of no other text that provides as comprehensive and rich a study of this major American author and his important position in contemporary fiction as Understanding Michael Chabon."—Jeff Pruchnic, associate professor and director, Graduate Studies, Department of English, Wayne State University

"Dewey's exquisite study of one of America's most exquisite novelists breaks new ground. Astutely situating Michael Chabon at the center of post-modern writers, he conclusively demonstrates universal and particularist themes in the novelist's expansive oeuvre. The omnipresent tension between reality and the imagination combines in Chabon's later works with the novelist's reengagements with Judaic materials."—Alan L. Berger, Raddock Family Eminent Scholar Chair in Holocaust Studies, and Director, Center for the Study of Values and Violence after Auschwitz, Florida Atlantic University

"Understanding Michael Chabon masterfully unpacks the narrative complexities of Chabon's fiction, situating his insightful analysis of individual texts within the evolution of Chabon's post-postmodern aesthetic. Dewey brilliantly charts the dialectic of escape and engagement in Chabon's work, where the artistic imagination enchants and reenergizes readers, awakening us to the "amazing adventure[s]" of our own magical reality (79)."—Trey Strecker, assistant professor of English, Ball State University and editor, NINE: A Journal of Baseball History and Culture