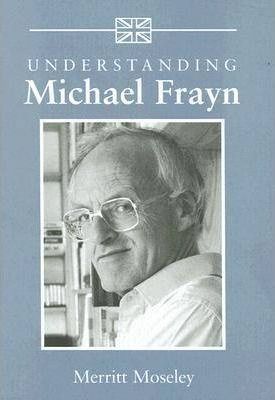 An insightful guide to the career of the multifaceted playwright, novelist, and translator

Best known for his play Noises Off, Michael Frayn has garnered widespread critical acclaim and a number of literary honors for his work as a journalist, playwright, novelist, philosopher, and translator. Published in 2002, his novel Spies won the Booker Prize and was short-listed for the Whitbread Prize, and he presides as his generation's foremost translator of Anton Chekhov. In this comprehensive assessment of Frayn's varied body of work, Merritt Moseley introduces readers to the accomplishments of one of Britain's most versatile writers.

Beginning with Frayn's humorous journalism, which was vital to the "satire boom" of the 1960s, Moseley assesses the entirety of the writer's literary contributions, including his works of philosophy and autobiography. One of the first scholars to consider Frayn seriously as a novelist, Moseley provides careful readings of his fiction, including The Tin Man, Sweet Dreams, and Headlong.

Moseley also explores Frayn's development as a playwright, beginning in 1970 with the critically panned The Two of Us. From 1970 through 1990, Frayn knew remarkable success for such award-winning plays as Alphabetical Order and Make or Break, as well as disastrous failure with Look Look. Moseley follows Frayn's career through these highs and lows and beyond to discuss his work for television and the stage, particularly his triumphant recovery with the hit Copenhagen.


Merritt Moseley has taught at the University of North Carolina at Asheville since 1978. He has written widely on recent British and Irish fiction and is the author of two other titles in this series, Understanding Kingsley Amis and Understanding Julian Barnes.