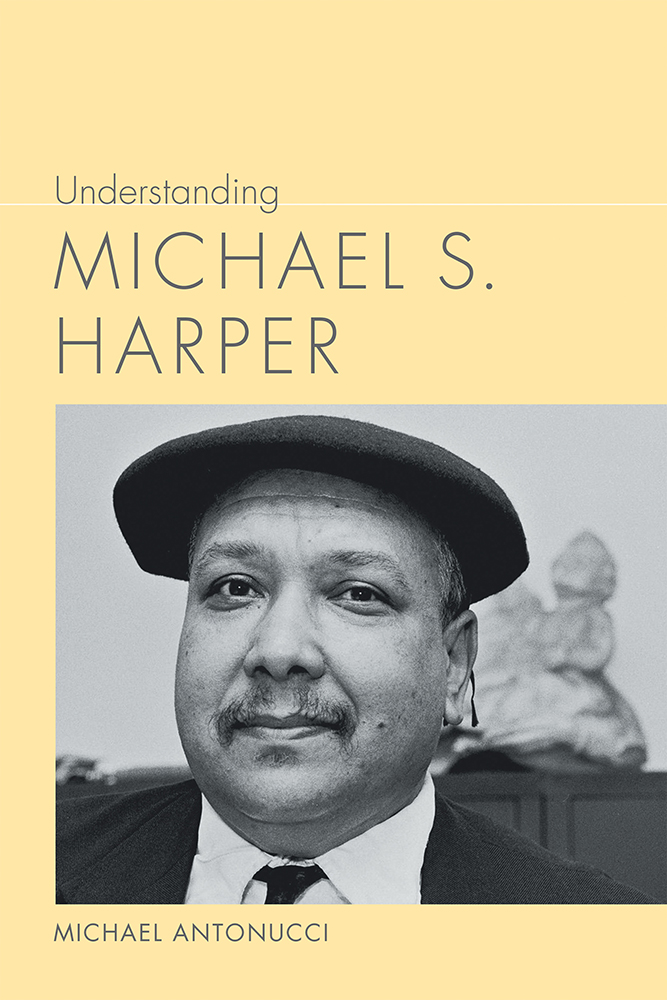 A fresh examination of Harper's body of work as an archive of Black life, thought, and culture.

The first book devoted to the groundbreaking poet's work, Understanding Michael S. Harper locates his poetic project within Black expressive tradition. The study examines poems drawn from the eleven volumes of verse that Harper (1938-2016) produced between 1970 and 2010, bringing attention to his poetry's sustained engagement with music, literature, and the visual arts. Author Michael A. Antonucci offers readers an account of the poet's career while assessing his verse and providing a sense of its perspective on Black America and American experience.

Throughout his examination of Harper's verse, Antonucci builds upon the critical attention the poet received at the outset of his career—he was twice nominated for the National Book Award. Exploring the poet's celebrated examinations of history, kinship, and Black music, Understanding Michael S. Harper develops and expands critical dialogues about the poet and his body of work, which, Antonucci argues, presents a counter narrative about the composition and origins of the United States, reshaping prevailing discourse about race, nation, and identity.


Michael A. Antonucci is professor emeritus at Keene State College where he taught courses on Black literature and culture in the American Studies Program and English Department. His scholarship has appeared in African American Review, Callaloo and Obsidian as well as other journals and publications. He lives in Brattleboro, Vermont with his partner Madeline Fan, where he is a participant in Vermont's Law Office Study Program.