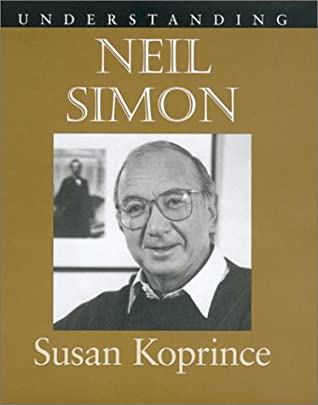 A retrospective of Simon's longstanding career and craft in American theatre

Widely known as Broadway's king of comedy, Neil Simon has written such popular and critical successes as Barefoot in the Park, The Odd Couple, Brighton Beach Memoirs, and the Pulitzer Prize-winning Lost in Yonkers. In this guide to his work, Susan Koprince provides an overview of Simon's career and in-depth analyses of his major plays. Koprince suggests that, in addition to—or in spite of—his unmatched commercial success as a writer of comedy, Simon qualifies as a master dramatist of twentieth-century theatre.

Koprince recounts Simon's emergence from humble Jewish American origins to celebrated status as the most commercially successful playwright in the history of American theatre. Assessing his dramatic art, she traces Simon's style to Greek New Comedy, acknowledges his affinity with Jewish humor, and emphasizes the Chekhovian blend of humor and pathos that has become the hallmark of Simon's writing.

From Simon's first Broadway effort, Come Blow Your Horn, to the more recent comedy Laughter on the 23rd Floor, Koprince examines sixteen of his most significant works. She underscores the impressive range of Simon's dramaturgy and evaluates the reasons for Simon's remarkable popularity, including his gift for verbal and situational humor, his commitment to traditional values, and his mastery of a comedic style in which humor and sadness are inextricably intertwined.


Susan Koprince is an associate professor of English at the University of North Dakota in Grand Forks. She teaches courses in American fiction and drama and has published articles on such American playwrights as Tennessee Williams and William Inge. Koprince lives in Grand Forks.