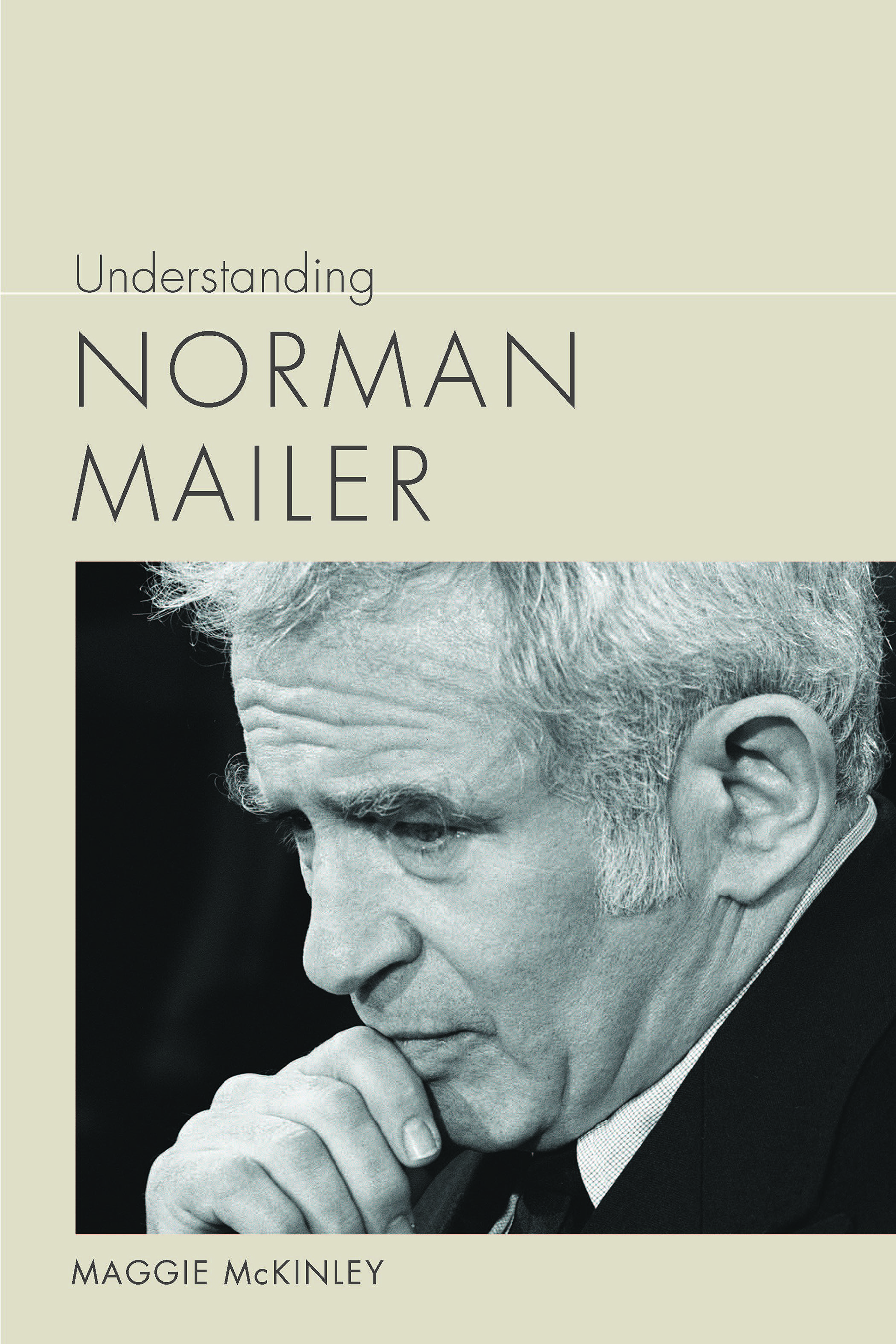 As a renowned novelist, journalist, biographer, playwright, speaker, aspiring politician, filmmaker, and public intellectual, Norman Mailer was one of the most prominent American literary and cultural figures of the second half of the twentieth century. Over the course of his expansive sixty-year career, Mailer published nearly forty original works of fiction and nonfiction, served as a counterculture activist, and was cofounder of the Village Voice. Twice awarded the Pulitzer Prize, Mailer also received the National Book Award and the Medal of Distinguished Contribution to Arts and Letters, a lifetime achievement award granted by the National Book Foundation.

Understanding Norman Mailer is the first book of literary criticism to address Mailer's impressive body of work in its entirety, from his first publication to his last. Situating these volumes in their historical and cultural context, Maggie McKinley traces the major themes and philosophies that pervade Mailer's canon, analyzing his representations of gender, sexuality, violence, technology, politics, faith, celebrity, existentialism, and national identity. McKinley moves chronologically through Mailer's career, illuminating the many genres, styles, and perspectives with which Mailer experimented over time, demonstrating his remarkable artistic reach. McKinley also addresses Mailer's reputation as a combative public figure who, amid controversy surrounding his personal life and public persona, remained committed to lively intellectual debate.

Through Understanding Norman Mailer, an accessible introduction to Mailer's life and work, McKinley offers a unique retrospective, articulating the development and changes within Mailer's ideas over time while highlighting concerns that remained at the center of his work for decades.


Maggie McKinley is an associate professor of English at Harper College, where she teaches courses in composition and American literature. She is the author of Masculinity and the Paradox of Violence in American Fiction, 1950–75, and her work has been published in Studies in American Jewish Literature, Philip Roth Studies, and the Mailer Review, among other places. She currently serves as vice president of the Norman Mailer Society.

"Her slim book serves as a needed antidote to academic fashion and prejudice."—Mailer Review

"In this slender volume, McKinley provides a compact introduction to the various facets of Mailer's career, providing a jumping-off point for further study, be it by someone approaching Mailer for the first time or by the more experienced student in need of a checklist."—Association of College and Research Libraries

"McKinley has crafted an invigorating look at Norman Mailer at a time when it is needed more than ever before. Her work explores where previous Mailer scholars have failed to venture at such depths, and one gets the sense that McKinley hasn't written so much an introduction to Mailer as she has written a first chapter toward future work as the forerunner of the next generation of Mailer scholars."—Justin Bozung, editor, The Cinema of Norman Mailer: Film is Like Death

"What's sure to be a key text in Mailer studies, Understanding Norman Mailer combines McKinley's interpretative and critical insights about Mailer's influence and provides a context for which to consider his works. An excellent entre into Mailer and his importance in American cultural history."—Gerald R. Lucas, editor, Project Mailer

"McKinley's incisive, fair-minded examination of the cornucopia of preoccupations in Mailer's work over six decades, including the essay, biography, nonfiction narrative, and novel, is the first to look at all his major work, as well as his accomplishments as a public intellectual and filmmaker. It is also one of the best, an essential volume."—J. Michael Lennon, author of Norman Mailer: A Double Life