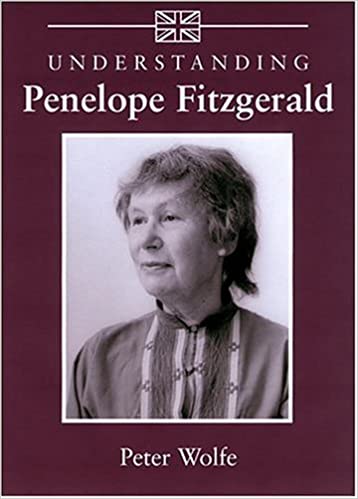 Peter Wolfe's study of Penelope Fitzgerald's canon illuminates writings he characterizes as possessing unerring dramatic judgment, a friendly and fluid style, and lyrical and precise descriptive passages. In this survey of Fitzgerald's life and career, Wolfe explains how the British novelist brings resources of talent and craft, thought and feeling, courage and vulnerability, to the biographies and novels that have earned her renown.

With readings of a broad range of her published works, including her final novel, The Blue Flower, Wolfe describes the unfolding of Fitzgerald's writing as a subtle, ongoing process. He maintains that the novels, though plain and rambling at first glance, grow fuller, stranger, and more stirring the more we invest in them. He details Fitzgerald's skill at sequencing events so as to unsettle readers and her ability to enhance motifs by not leaning too hard on them. Wolfe suggests that Fitzgerald's refusal to overplay effects and emotions, while at first puzzling in its disdain for drama, turns out to be one of her chief virtues, for she enables larger associations to emerge as she keeps big dramatic scenes from interfering with wider patterns.

While enumerating Fitzgerald's many talents, Wolfe ultimately attributes much of her success to her style. He concludes that her exceptionally disciplined prose, which gives voice to her candor and compassion, imbues her work with a sense of mood, place, and character.


Peter Wolfe is the Curators' Professor of English at the University of Missouri–St. Louis. A former Fulbright lecturer in Poland and India, Wolfe has also taught at universities in Canada, New Zealand, Russia, Taiwan, and Australia. He has written books on Graham Greene, Jean Rhys, Raymond Chandler, Yukio Mishima, William Gaddis, and the Twilight Zone television series. The author as well of Understanding Alan Bennett (University of South Carolina Press, 1999), Wolfe won the first Armchair Detective Award, for the best scholarly book in the mystery genre, for Alarms and Epitaphs: The Art of Eric Ambler. He lives in suburban St. Louis.