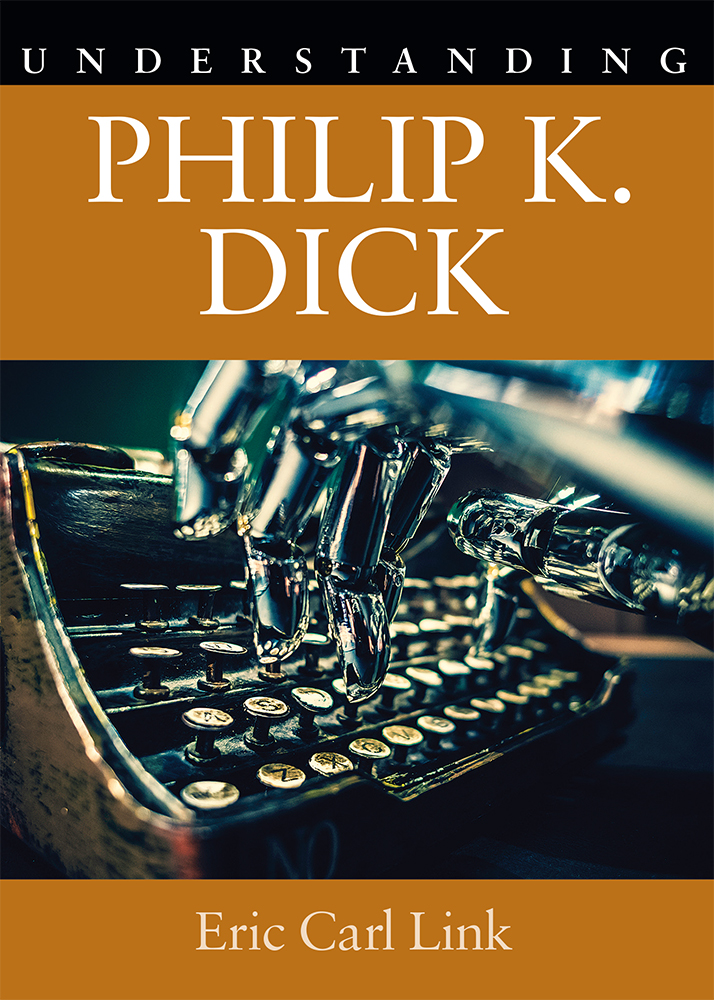 A guide to the fantastic world of a science fiction legend

Author of more than forty novels and myriad short stories over a three-decade literary career, Philip K. Dick (1928-1982) single-handedly reshaped twentieth-century science fiction. His influence has only increased since his death with the release of numerous feature films and television series based on his work, including Blade Runner, Total Recall, Minority Report, A Scanner Darkly, and The Man in the High Castle. In Understanding Philip K. Dick, Eric Carl Link introduces readers to the life, career, and work of this groundbreaking, prolific, and immeasurably influential force in American literature, media culture, and contemporary science fiction.

Dick was at times a postmodernist, a mainstream writer, a pulp fiction writer, and often all three simultaneously, but as Link illustrates, he was more than anything else a novelist of ideas. From this vantage point, Link surveys Dick's tragicomic biography, his craft and career, and the recurrent ideas and themes that give shape and significance to his fiction. Link finds across Dick's writing career an intellectual curiosity that transformed his science fiction novels from bizarre pulp extravaganzas into philosophically challenging explorations of the nature of reality, and it is this depth of vision that continues to garner new audiences and fresh approaches to Dick's genre-defining tales.


Eric Carl Link is provost and vice president for academic affairs at the University of North Dakota. A scholar of American literature, his books include The Vast and Terrible Drama: American Literary Naturalism in the Late Nineteenth Century and, as coeditor, The Cambridge History of Science Fiction.